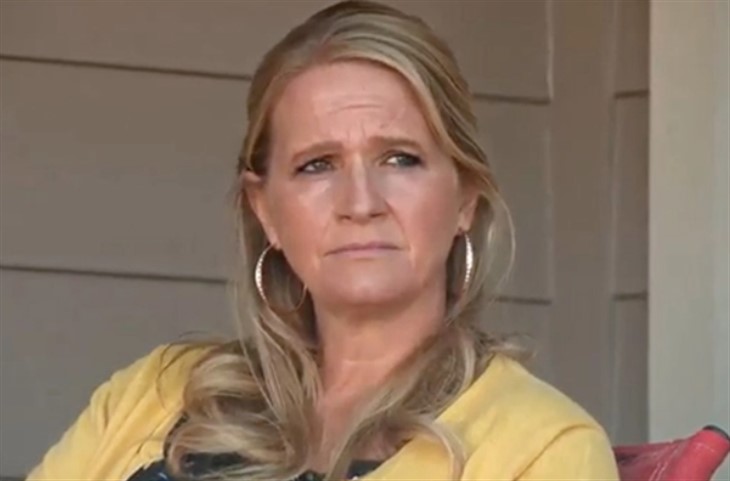 Sister Wives Spoilers indicate that Christine Brown admitted months ago that her family has more fun without Kody Brown. Did Christine see the end coming back then?

Sister Wives Christine Brown has been upset with Kody’s actions for some time. Unfortunately, Kody’s actions or lack thereof have helped to lead to their split after almost three decades together. Christine has admitted to being frustrated that Kody would come to her house but always be on the phone. Christine says Kody wouldn’t come to her house until five or six o’clock and they would eat dinner, possibly watch a movie and then go to bed. Christine never understood why Kody could not spend the day with her and the kids. Christine says Kody would usually be gone with the kids go up so he didn’t end up spending time with them at all. Christine asks where Kody does spend his days since he has to be spending them somewhere.

Sister Wives Christine admitted that she felt like a basement wife. Christine says that Kody wouldn’t even take a shower at her house. Christine admits that she likes her independence. After all, Christine was the one who took care of the children while the other wives worked and did other things. Both Christine and Janelle have brought up not being allowed to walk through Meri Brown’s part of the house to get to each other, they always had to use the back door. One insider seems to think that Covid-19 was just a way for Kody to push away that wives he didn’t want and concentrate more on Robyn Brown. Of course, Christine may have a right to be a bit annoyed and jealous over that relationship because she was pregnant with her and Kody’s last child when he began courting Robyn. In the eyes of some fans, Kody’s action then proved that he didn’t care for Christine’s feelings at all.

Sister Wives – Christine Was Fed Up

Insiders say that Sister Wives Christine was fed up with Kody and his constant devotion to Robyn. However, Ysabel Brown’s surgery would have been the breaking point for most marriages. Kody even had to nerve to ask for the surgery to be postponed so that he could attend later. Kody seems to want everything his way or no way at all. How can any parent ask a child who is in pain daily to wait for help? Why are Ysabel’s needs so unimportant?

Christine and Janelle at least allow their children to interact which is a great deal more than what Kody wants. Kody is literally trying to sequester his family in separate houses and blaming Covid. Will any of the family be intact in the end?

Days Of Our Lives (DOOL) Spoilers: Is Roman Brady Done With Kate Dimera For Good