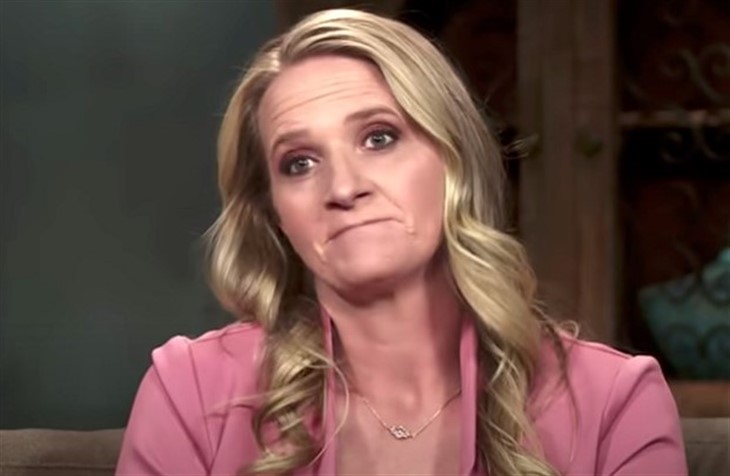 Sister Wives spoilers tease that Christine Brown can’t resist taking any and every opportunity to throw shade at estranged husband Kody Brown! But would Christine actually dare to get sassy on social media about the polygamist patriarch? The answer might surprise devoted fans of the usually polite Sister Wives star.

Find out what Christine Brown just shared on social media that stunned her followers. And see what Kody has shared about his perspective on Christine’s split. Get the latest Sister Wives news below.

When Christine Brown, now 49, first appeared on Sister Wives, viewers noticed her polite manners and desire to please polygamy patriarch Kody Brown. But what a difference multiple seasons have made! As a result of her recent split from Kody, Christine now has the courage to show her sassy side. And the Sister Wives star just threw serious shade at Kody on Instagram Stories, reported In Touch.

In her new video, Christine revealed how she feels after surviving 25 years of a plural marriage with estranged spouse Kody. And she did so in a very clever way. By referencing a hairstyle that women in polygamy marriages tend to prefer, the Sister Wives star succeeded in mocking both Kody and the plural marriage lifestyle.

Flaunting her blonde hair arranged in French braids, Christine posed a question to her fans. “Why is it some people can pull off the double French braid, but some can’t? My daughters can pull off this so cute, but me? I just look like a polygamist,” she joked. “How ironic!”

#ChristineBrown is throwing shade at her former polygamist life! The #SisterWives star showed off her newly braided hair while mocking her past lifestyle with #KodyBrown.https://t.co/wJwo31NO0s

As a result of Christine splitting from Kody Brown and his polygamy lifestyle, some wondered how the pro-plural marriage patriarch would react. And that curiosity heightened when Christine actually seemed to invite Kody to respond! For instance, on Instagram, Christine wrote, “Kody and I have grown apart and I have made the difficult decision to leave.”

But thus far, Kody has avoided directly responding to Christine calling the split difficult. Instead, the 53-year-old has increased his comments about his remaining three wives Janelle, Meri, and Robyn Brown. However, Kody has very different relationships with these spouses.

For instance, Kody clearly favors Robyn, with whom he tied the knot in 2014 after divorcing Meri. In contrast to that official marriage, Kody has held onto spiritual marriages to Meri and Janelle. But Brown did diss Christine in a Cameo video.

In that shade, Kody dropped a clue to his complaint that his relationship with Christine had become purely platonic and passionless. “Best friends are great,” commented Kody. But he added, “Don’t marry your best friend.” And then he added some shocking advice.

“I do recommend that you find real passion. Somebody who wants to make you dance the dervish, that makes you feel vibrantly alive. Dump the plural marriage, that’s what I think. Because I know about plural marriage, my business is also to warn you not to get involved with that. I think it would be a challenge beyond understanding,” spilled Kody.

Tell us what you think. Do you feel shocked at Christine mocking Kody Brown? And does Kody’s advice to avoid a plural marriage like his seem surprising? After you’ve shared your views, check back on our site for more reality TV news!