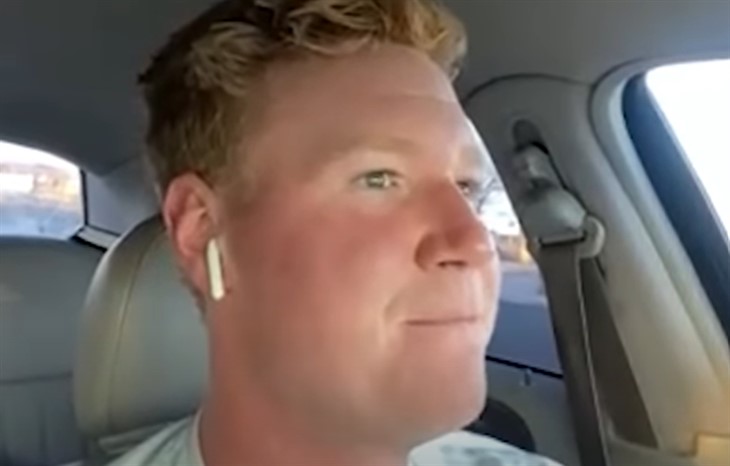 Sister Wives star Paedon Brown has been the victim of a burglary.  Paedon Brown took to TikTok on Saturday night to vent to fans about the ordeal. What was robbed? What was stolen? Was the Sister Wives star injured? Paedon was sure to inform fans of the details. Keep reading and we’ll tell you what went down.

Sister Wives – What Was Stolen?

Paedon Brown got on TikTok, as usual, but today he had some bad news to tell Sister Wives fans. He was robbed. The TLC tells followers that the incident happened while he was at the gym. He explained that he put his personal effects in his gym bag, put his gym bag in his locker, and went to work out.

When he finished working out, the National Guard veteran returned for his gym bag and went to his car. That’s when he realized that, though it seemed like “just another day,” when he picked up his wallet, he realized that it was lighter than before. Though nothing else had been touched, all his cash was gone.

As it turns out, someone had waited for the Sister Wives star to go work out, went to his locker, and got his wallet. They took all the cash that was there but left all his other things alone.

The TLC personality noted that “everything else [was] in there” so it could have been a lot worse. For instance, they might have taken his whole wallet; ID cards, and everything. Or they could have just nabbed the entire gym back and all of its contents.

Brown did indicate that he was “happy that not everything [was] gone” but added that he was “really annoyed.” He said that it may have been just a hundred bucks but that it was a hundred bucks that was in his wallet, and now it was gone. Everyone feels violated when they are stolen from. So, fans can assume that, when Paedon says he is “really annoyed,” it probably feels much worse than that.

In the comments section for the clip, fans began commenting that $100 was a lot of money for some people to lose. A couple of fans commented that Paedon should check with the gym as most gyms have cameras.

Some questioned whether Paedon’s locker was locked with some suggesting that he get one to avoid the situation in the future. A few followers even questioned whether the influencer had reported the theft to the police or, at the very least, the gym. Be sure to visit Paedon’s TikTok page and tell him what you think. Be sure to return here often for more Sister Wives spoilers, news, and updates.