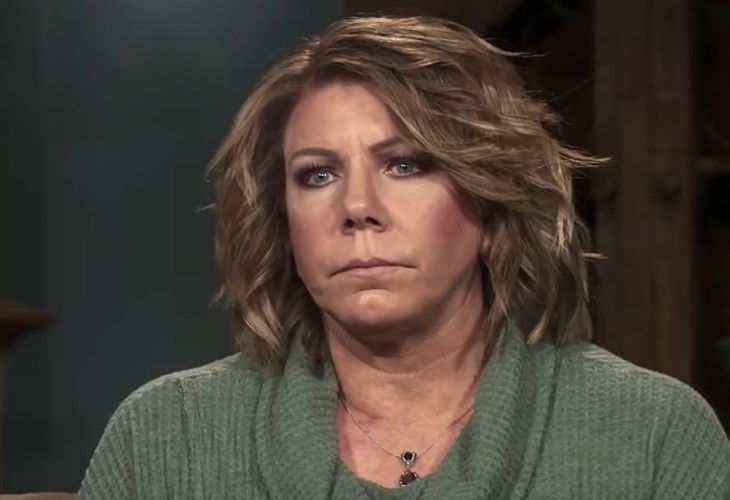 Sister Wives spoilers hint that Meri Brown increasingly seems like an outsider looking in at her husband Kody Brown’s plural marriage with Janelle and Robyn (Christine Brown recently split). And though Meri remains in her so-called spiritual union with the clan, fans question if the polygamy patriarch’s first wife has turned to alcohol for relief. Some even point to Meri’s recent social media posts as evidence that she appears to be drunk in her videos.

Find out why some Sister Wives followers think that Meri Brown appears to have sipped too much alcohol prior to appearing on social media. And see what other clues fans found that points to her unhappiness. Catch up with Sister Wives star Meri Brown below!

Meri Brown often posts videos on social media to stay in touch with her Sister Wives followers. And in particular, the 51-year-old reality TV star loves sharing her regular “Friday With Friends” clips. But a recent one resulted in so many negative remarks that the Sister Wives star disabled fans’ ability to comment, pointed out the Sun.

Based on that recent video, fans accused Meri of appearing “drunk and slurring her words.” And some Sister Wives followers also thought that Kody Brown’s first wife seemed to display erratic behavior. For instance, she began by introducing the clip, then suddenly shifted gears.

“Happy Friday! We are here to entertain you!” announced the Sister Wives star. “Ok, a song just came to my mind. Let me entertain you… Just kidding.” As  result, baffled fans wondered if Meri had health concerns or had attempted to relax with an excess of alcohol.

“She seems off, she’s literally slurring her words,” wrote one concerned Sister Wives fan. And another chimed in, “If she is not tipsy, then what is she doing acting like that.” But a third follower got blunt. “Just look at those eyes. Somebody has been nipping at the boxed wine!”

Meri Brown got thoroughly dissected by long-time followers of Sister Wives. As a result, many fans believe that the 51-year-old reality TV star will follow Christine Brown in leaving Kody Brown. Adding to the rumors, Kody himself has called his relationship with Meri a friendship rather than a romance!

Clues that Sister Wives fans found to Meri’s unhappiness include a recent social media post showing Meri alone in a car. And Meri openly shared that she appreciates time alone. In addition, the Sister Wives star enjoyed her last birthday without Kody or the other wives in their plural marriage. And some fans feel worried about the 51-year-old’s unhappiness.

“I’m sad for her. I wish she would accept some support. Drinking to fill the void of loneliness is awful. She is clearly very intoxicated in a lot of these videos,” wrote one Reddit fan.

And another shared, “I know people have varying opinions on Meri but it seems obvious that’s she not okay lately and she’s self-medicating. Her behavior is worrisome and I hope someone is looking out for her. Her drinking and pain certainly don’t excuse her poor behavior towards certain family members but I just really hope she’s okay and can get some help.”

Tell us what you think. Do you worry about Sister Wives star Meri Brown? And after you’ve shared your views, check back on our site for more reality TV news!

Royal Family News: Why Did Prince Harry Fear Meghan Would Dump Him?