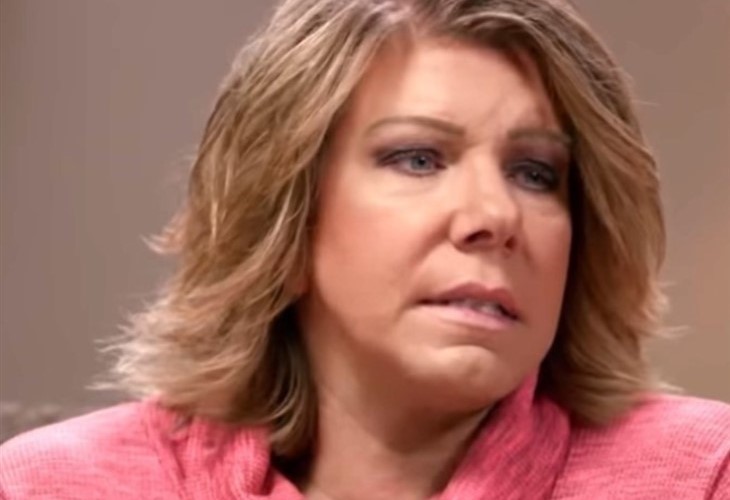 Sister Wives spoilers and updates revealed that, unlike Christine, Meri Brown opts to stay with Kody’s family. Of course, TLC fans think she lost her mind as he constantly puts her down on national TV. Well, that’s her call, but fans don’t like that she seems to shade Christine for leaving her spiritual husband. After all, Meri of all people should know how it feels to be on the wrong end of Kody. Well, now Meri went all cryptic, fans think she might have suggested that she believes that Kody needs help rather than condemnation.

Fans who cheered when Christine told Kody that she was leaving him seemed appalled at Meri’s response. After the Tell-All wrapped, she took to her Instagram and seemed to shade Christine after she landed her own cooking spinoff. Cooking With Just Christine seems popular with fans. However, Meri and her friend Jen Sullivan giggled about it. On Fridays With Friends, Meri said, “We know you want the cooking show with Just Jen.” And, that’s not the first time that fans thought Meri shaded Christine.

TLC fans know that more often, the Sister Wives star seems to prefer making cryptic posts rather than talking directly about her family. Recently, she shared a post that made out that she was happy within herself but possibly afraid of steering away from the comfort zone that being part of Kody’s family brings. Well, this week, she shared another cryptic post and fans think it is also about Kody. Is she making excuses for him?

On Sunday, March 20, Meri Brown posted up a cryptic post on her Instagram Stories. In it, she quoted Thich Nhat Hanh. It said, “When another person makes you suffer, it is because he suffers deeply within himself, and his suffering is spilling over.” Then it added, “He does not need punishment; he needs help.” Well, TLC fans think that she is talking about Kody.

As usual with posts in Stories that can’t be commented upon, Sister Wives followers screenshot it and talked about it on Reddit. This time, it came on the /r/TLCsisterwives subreddit. One follower said, “Doesn’t mean another person has to put up with the suffering splashing all over them. I refuse to be a receptacle for that crap. Go see a therapist. That is what they are there for.”

More Sister Wives fans commented on the cryptic post by Meri Brown. One of them opined, “I think she is referring to Kody here. He gets [the] most hate. She believes he needs her help to feel better. She imagines he will need her again at some point.”

What are your thoughts about it? Sound off in the comments below.

Be sure to catch up on everything happening with the TLC right now. Come back here often for Sister Wives spoilers, news, and updates.

Y&R Spoilers: Did Victor Use Michael To Set Up Ashland?