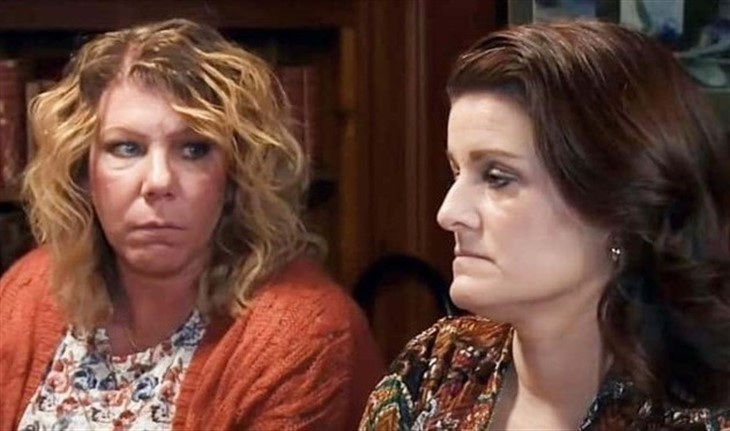 Sister Wives spoilers reveal that some fans feel that Meri and Robyn Brown could possibly be victims of plural marriage. Their marriage to Kody Brown has been in the spotlight for decades and now it seems that fans are showing more support for them.

From looking at what has started to happen in the Brown’s plural marriage, the wives are starting to see that they are trapped in this relationship. Christine Brown left the family and her fans applauded her for that. We have seen Kody telling Meri Brown that he is no longer in love with her and they haven’t been intimate in years. Why does she stay with him if this is their relationship? Her fans have pushed her to leave the marriage and this is just one of the reasons that her fans feel she is a victim in this marriage.

Christine didn’t approve of how things changed in her marriage to Kody and the entire dynamic of the family really shifted. Many fans think that the pandemic was the factor that broke her away from the family, but it also looks as if it was a way to show the cracks in all of the relationships with Kody.

Sister Wives Spoilers – Is There A Bigger Victim?

In the relationships with Kody, it looks as if some fans think that Meri could be the bigger victim in the marriage, while others feel that it is Robyn. Reddit users posed the question and one of them wrote, “I believe it’s Robyn, but I had to think about it. Meri is a professional, full-time victim, but Robyn has based her life and marriage on being a victim. Her kids and mother see her as a victim. It’s like a superpower with her.”

Others pointed out that Meri made herself a victim in all of this and she is the one who chose the lifestyle. No matter who is the bigger victim, it seems that they are both have moments where we can see it in them both.

Days Of Our Lives Spoilers: Abe Is Torn Between Paulina And Lani!