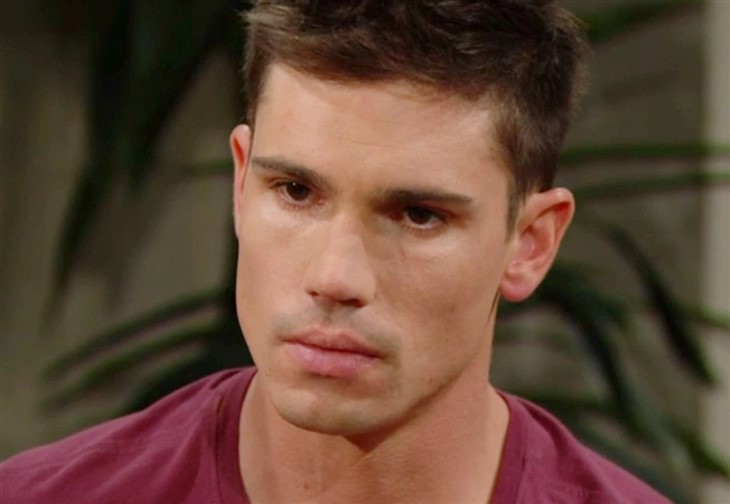 The Bold and The Beautiful spoilers and rumors tease someone could be alive, but comatose, in an upcoming B&B episode!

Previous episodes of B & B revealed that Li Finnegan (Naomi Matsuda) may have dropped some hints that her son was not dead, although likely comatose. For one thing, she seemed to speak of John “Finn” Finnegan (Tanner Novlan) in present tense when she refused to let Sheila Carter (Kimberlin Brown) see his body. Observant viewers noted that she told Sheila to let her BE the mother she’s always been to Finn, which could imply he survived.

Li did tell Taylor Hayes (Krista Allen) and Ridge Forrester (Thorsten Kaye) that Finn was dead as well as Sheila, but yet she speaks in present tense. Of course she could have done so out of shock and grief, but there are other clues as well.

Not only did Li tell Sheila she CAN never be a mother to Finn, she and Deputy Chief Bradley Baker (Dan Martin) seemed to exchange knowing glances! Li even nodded at Deputy Chief Baker when he arrived, as if they had cooked up a plan to trap the shooter! Li also made a huge point when she reminded everyone that she, too, is a doctor, and she wouldn’t let ANYONE into the morgue to say goodbye to Finn!

Perhaps that is because he isn’t in the morgue – perhaps he is in a heavily guarded area of the intensive care unit and Li is helping coordinate his medical care! Ridge told her he knew how proud she WAS of him, she said how proud she IS of him and that she’d take care of everything for him.

There are reports that Tanner was on set filming a funny 35th birthday commercial for B&B after he filmed his death scene! This was a commercial filmed for the Australian market according to sources, and everyone was wearing the new clothing from this week’s show. This was weeks after he filmed being shot and falling into those trash bags in the alley behind Il Giardino!

Tanner was instantly removed from the closing credits the episode after his death scene, but several actors who haven’t been seen in months are shown. Make that years, Hunter Tylo is still in those photos as Taylor when Krista Allen has replaced her for months now!

B & B Spoilers – Could John “Finn” Finnegan Be Alive And Set To Return?

The big question in everyone’s mind given all this strange scripting that seemed to contain clues to his survival in an ICU off screen is if Finn is alive? Li could have had a deal with Baker to fake Finn’s death to draw out the shooter, although it was cruel to not let his loved ones in on the deal. It’s possible since Li left immediately and there hasn’t even been a memorial service planned that he was airlifted to her hospital on the East Coast!

That would keep him safe from Sheila and ensure no one accidentally leaked the plan – but again, very cruel for Steffy Forrester Finnegan (Jacqueline Macinnes Wood). She will mourn her husband but since Jacquie is going on maternity leave soon, perhaps Steffy will go into witness protection and they’ll come back together!