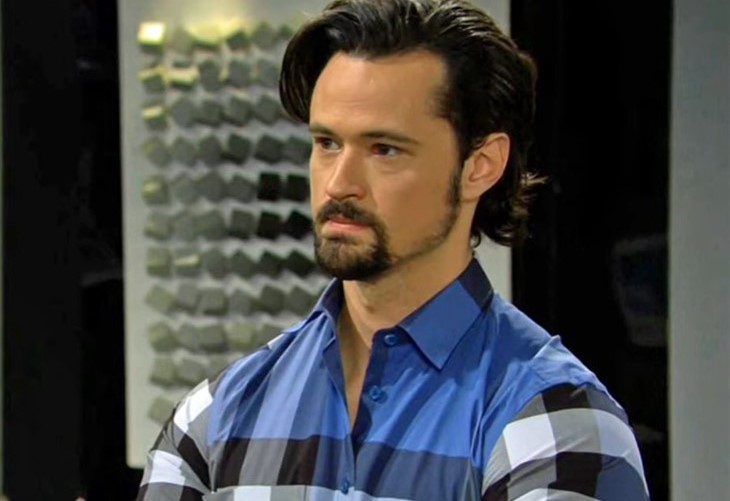 The Bold and the Beautiful spoilers document that Thomas Forrester (Matthew Atkinson) decided to take matters into his own hands. His soapy decision blocked Ridge Forrester (Thorsten Kaye) from seeing a voice mail and later a text message on his phone.

While Thomas does not speak as forcefully or as voluminously as his sister, Atkinson’s character is not a Brooke fan. He, like Steffy Forrester Finnegan (Jacqueline MacInnes Wood), feels that Ridge has been wronged by Brooke on too many occasions.

Thomas’ decision to prevent his father from being aware of Brooke’s voicemail and text message was protective. He feels that Ridge needs time to clear his head, as Thomas fears daytime history will repeat.

Doubting Brooke is an understandable stance to take based on the many incidents where she broke Ridge’s trust. Thomas wants his parents to reunite, and who can logically blame him?

Only the viewers saw what Thomas did. So, no one other than Atkinson’s character and the fans ever may know that truth.

However, Brooke is sure to tell Ridge that Thomas blocked her entry to the cliff house. That might lead to Thomas admitting what he did at a later point in the plot.

Unless Ridge decides to reverse course, he probably will not care that much about Thomas’ actions, assuming he learns about them.

Brooke knows that she put herself in many bad positions this time. Her acceptance of Deacon Sharpe’s (Sean Kanan) presence on and in her property in recent weeks caused Ridge to fume.

How can Brooke make amends when she defended Deacon’s right to be with Hope around her and tagged him as innocent in the aftermath of the outstanding scenes when Kanan and Kaye’s characters beat each other up?

It appears that Ridge has had enough. Taylor Hayes (Krista Allen) awaits as the anti-Brooke option on B&B.

B&B Spoilers: Taylor And Ridge Moving On Together?

Sister Wives: Christine Brown Gets Her Own Series