Sister Wives: Who Snitched On Christine Behind Her Back? 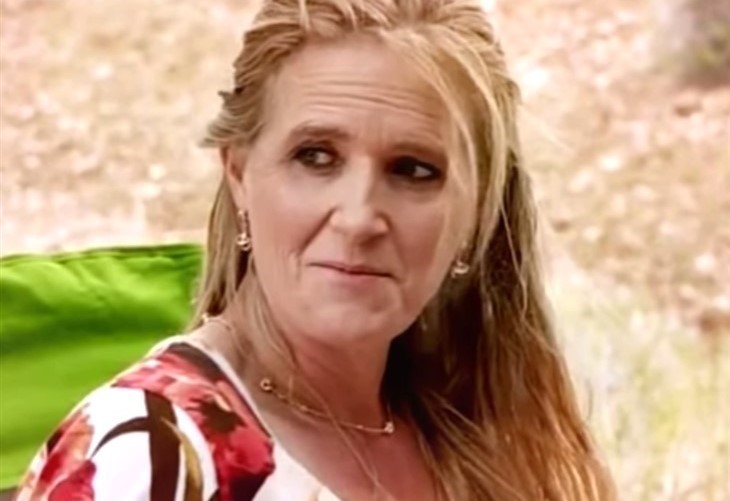 The Sister Wives Season 16 Tell-All Part 3 arrives this Sunday on TLC and it continues looking at the failed polygamous relationship between Christine Brown and Kody. Recall earlier in the season, Kody said that he became suspicious because Christine started putting his stuff in the garage. Potentially, it only really came to his notice as someone snitched on Christine’s plans to leave. Well, in the finale this week, Kody’s still frothing at the mouth with rage, and he let it slip that someone whispered his third wife’s intentions in his ear.

In the teaser for this week’s finale, Kody seemed unhappy – a perpetual state these days. Of course, he questions polygamy and the hassles that multiple wives bring. Now, it’s all, God’s fault because he “led” Kody into polygamy and he admits it’s a trainwreck. Wait! Hold that thought: It’s actually all Chrisitne’s fault as she dared to think about leaving a barren intimacy-free marriage. Whatever! Most fans just giggle at Kody who was demoted to Christine’s ex-husband on Google…twice!

Sister Wives fans don’t really like Kody who seems to always make everything about himself. Even his son Paedon and his daughter Gwendlyn mock him on social media. Actually, Paedon said that he completely stands in support of his mom. Clearly, Kody’s not on the top of his fan-fave list. During Season 16 on TLC, fans also saw that Janelle’s sons Garrison and Gabe didn’t vote him for the Best Dad Of The Year Awards. If someone snitched to Kody about Christine’s intentions to leave, it probably wasn’t them.

Take the adult kids out of it, with the exception of Robyn’s grown ones. Certainly, they seem closer to Kody than his own flesh and blood. But obviously, the focus should be on the other wives. After all, during COVID, Robyn’s kids saw very little of the rest of the family. However, fans know that Christine talked with the other wives about her unhappiness. Which of them believe that polygamy really works? Well, it turns out that Meri does, even though it clearly never worked for her.

Sister Wives fans know that Robyn always bleats about the family and how much she loves being in a plural relationship. No surprises there if she snitched. Finally, the one ally who might have stood up for Christine, Janelle, turned out to be loyal to the idea of polygamy in the preview. It might be easy to assume that Meri or Robyn snitched. But what about Janelle? She’s the one who claims that Kody’s her “best friend.” And, besties talk about all sorts of things.

Sister Wives Spoilers – Who Do You Think Betrayed Christine Brown?

Sister Wives doesn’t always deliver the answers during the show. So, fans might never find out who the betrayer was. Perhaps a tee-shirt will come out like the one that says “What. Does.The. Nanny. Do?” TLC fans might find some fun in wearing a shirt that asks: “Who. Snitched. On. Christine?” Like the Aussie song about Living Next Door To Alice, future generations might wonder who the heck Christine was.

Who do you think snitched? Sound off your thoughts in the comments below.