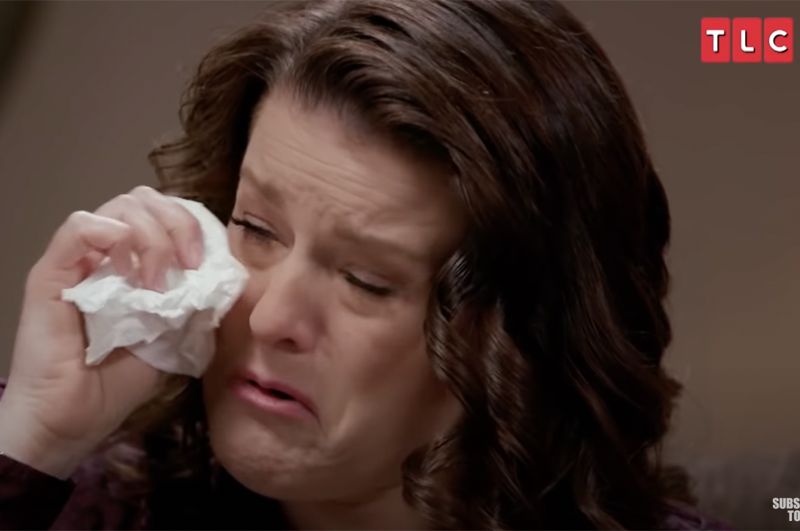 Rumors about Sister Wives stars Kody and Robyn Brown getting a divorce arrived in April this year. Actually, gleeful critics of the TLC couple discussed it across social media. After all, they hate the way Kody seems to favor her over Meri, Christine, and Janelle. To this day, the same discussion and speculation goes on. However, is there anything valid about the claim?

When Season 16 came along, TLC fans heard Robyn trying to convince the other wives that she didn’t like having Kody around all the time. In fact, she hinted strongly, that she missed her monogamous days. So, that possibly gave the rumor some impetus. However, some folks thought that she meant she’d rather have him to herself than get a divorce from him.

With Sister Wives star Christine leaving Kody, and Meri on the non-beddable list, the family is clearly breaking apart. Well, despite recent rumors that Robyn also leaves, someone spotted Kody’s only legal wife dancing with him in Flagstaff. And, she didn’t look unhappy at all. Actually, some folks suggested that she looked pregnant. So, what in tarnation keeps fueling the TLC divorce rumor fire?

TV Shows Ace fact-checked a screenshot of a headline that purported to come from TMZ. The outlet noted that the headline said, “exclusive.” However, when they hunted for it, they couldn’t find it on the TMZ website. So presumably, someone hacked it together and shared it to cause a bit of a stir for clicks. Furthermore, the divorce rumors made it onto Wiki, where almost anyone can log in and add fake news.

This week, the rumors about the Sister Wives’ divorce were addressed by Katie Joy from Without A Crystal Ball on YouTube. Citing the Wiki story, she noted that fakery can arise there. Additionally, she felt that recent videos and photos of Robyn and Kody out and about in Arizona give the rumors a thumbs-down. Additionally, Robyn still remains on the title for their home.

Christine Also Has Her Name On Her Title?

Whilst it seems that the divorce rumors are not valid, it seems interesting that Katie checked and saw that Sister Wives star Christine still has her name on the title for her property. One fan who commented on that news said, “Christine owned her own house and Kody allowed her to keep all of the equity from the house sale. I think she is still a deed holder in Coyote Pass because a change in title will trigger the balloon payment.”

The Bold And The Beautiful Spoilers: Thomas Vows To Protect Taylor From Deacon