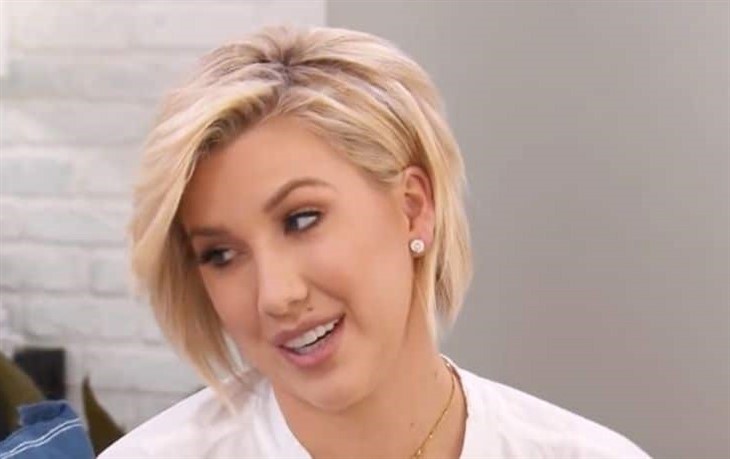 Savannah Chrisley is still young and until recently she lived her life to the fullest, However, now that her parents are both going to serve time in prison, a lot of responsibility will fall on her. Life goes on for her and her siblings, but some of that is on hiatus. Right now, she cherishes every moment with her parents. The Christley Knows Best alum knows very well, that this Thanksgiving and Christmas will be the last for them as a family for a long time to come.

Savannah Chrisley – Is Under Pressure With Her Siblings

When Todd and Julie finally heard that they will do prison time for tax and fraus-related charges, their daughter revealed that she will take over custody of Grayson and Chloe. Her other sibling, Chase will get by as he recently became engaged to Emmy Medders. But the younger kids bring a lot of responsibility to Savannah. After all, her niece Chloe, raised by Todd and Julie, is just 10. Meanwhile, Grayson is only 16.

Savannah Chrisley might need to keep a close eye on Chloe. When Julie asked the judge for a sentence outside of prison, she was not at all sympathetic. In fact, the lack of sorrow for the crime made the judge angry. Julie claimed that Chloe is already suicidal at the idea of being separated from the person she considers to be her mom. Chrisley Knows Best fans know that young Chloe adores her parents, and one can only imagine how upset she must be right now.

While Todd and Julie are not likely to live in a prison even vaguely like Alcatraz, the separation weighs heavily on the family. Bear in mind, Todd has an elderly mom who is fighting cancer. Furthermore, fans know from the TV show, that the family seems very close. In fact, Savannah often tells her dad how much she loves him when she posts on Instagram. This weekend, she talked about how time is precious.

In her post about Sassy By Savannah products, she didn’t mention Todd and Julie’s names. However, she clearly referred to them in her caption. She said, “Thank you guys for all the love and support over the past few days. I am grateful to be spending time with the ones I love most! Love. Be kind. Never take a moment for granted.”

Savannah Chrisley has many fans and a lot of them believe that her mom and dad never committed the crimes they were accused of. So, there’s not a lot of trolling on her accounts. Actually, a lot of people tactfully steer away from saying anything horrid to her.

Savannah Chrisley  – Is There Hope For Todd And Julie Crisley?

Savannah Chrisley can hope that one day, evidence comes to light so that her parents might be able to serve less time in prison. If you don’t know, he got 12 years and his wife got seven years. They have a legal team who will continue various appeals. However, for now, the reality of how little time they have as a family seems to weigh on their minds a lot. No doubt, it will be a bittersweet holiday season. Todd and Julie will report for their prison time in January next year.

Be sure to catch up on everything happening with Savannah Chrisley right now. Come back here often for all the spoilers, news, and updates about the Cast of Chrisley Knows Best.