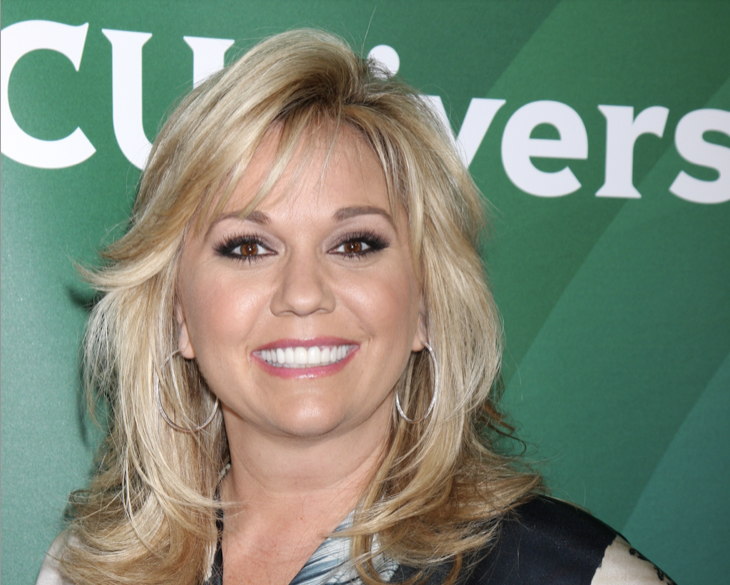 Todd Chrisley and Julie Chrisley face a very different future than they anticipated during their years starring on Chrisley Knows Best. As a result of their bank fraud and tax evasion charges, the two will spend a combined 19 years in prison. And both also face years on probation.

But Julie tried at the last moment to avoid spending any time in prison. However, the judge quickly clapped back at the reality TV star. Get all the details below.

As Todd and Julie Chrisley awaited their sentence, Todd’s wife came up with a last effort to skip any time in prison. And just before the Chrisley Knows Best stars got sentenced to a combined 19 years in prison, Julie made her plea. The reality TV star told United States District Judge Eleanor Ross that their adopted 10-year-old daughter, Chloe, feels “suicidal” over becoming separated from her parents, noted OK magazine

“To hear your 10-year-old say she doesn’t want to live if their mom goes away,” pleaded Julie in the Atlanta, Georgia courtroom. And she added, “No child should feel that way.” However, the star of Chrisley Knows Best received a sentence of seven years for conspiracy to commit bank fraud, tax fraud, conspiracy to defraud the United States and wire fraud.

And Todd faces 12 years behind bars. In addition, both Julie and Todd must serve 16 months of probation. And the United States District Judge showed no hesitation in her response to Julie’s plea. “It is heartbreaking,” admitted Judge Ross. But the defendants must shoulder that burden, she added.

In regard to Julie worrying about her “suicidal” daughter, the judge told the reality TV star that “it has to be burdened by the defendants.” And the judge went into detail about why she will not excuse Julie from her prison time. “I’ve never heard any acceptance of any crime,” stated the judge. And she also pointed out that neither Todd nor Julie made “any admission to any wrongdoing or any remorse.”

However, Judge Ross did agree that she feels “no reason to doubt that both Chrisleys have good hearts. But I cannot ignore the greed and flamboyance in this case.” And the networks won’t ignore the situation either. Todd Chrisley and Julie Chrisley’s sentencing also signaled the end of their reality show, Chrisley Knows Best. And the spin-off to the TV show, called Growing Up Chrisley, reportedly faces cancellation as well.

In discussing the sentencing of the two reality TV stars, a special agent reflected on what it shows. “This sentencing serves notice that no matter a person’s celebrity status, there are severe consequences for defrauding the American tax system,” said James E. Dorsey, special agent in charge at the IRS Criminal Investigation Atlanta field office. And prior to the announcement, the prosecution wanted longer sentences, For instance, they recommended that Todd spend about 22 years in prison. And they urged that Julie stay behind bars for 12 years.

Tell us what you think. Do you feel that the judge made the right response to Julie Chrisley? And after you share your views, check back on our site for more reality TV news.