All My ChildrenChrisley Knows Best 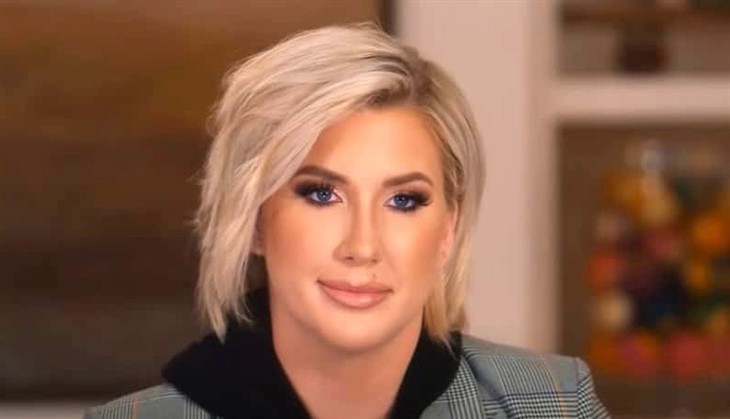 Savannah Chrisley opened up about her mom and dad, Toddy and Julieile Chrisley who have been sentenced to prison. Chrisley Knows Best fans are well aware that Grayson is 16 and Chloe is 10. After being convicted of tax evasion and criminal bank fraud, the TV stars knew they probably faced a prison sentence. Obviously, planning the future of the younger kids was on the top list of priorities. This week, Savannah revealed that she will take over their custody.

Savannah Chrisley – Will Act As Mom To Grayson & Chloe

When Todd and Julie received their sentence, many people were horrified. Their combined prison terms amount to nearly 20 years. Shocked fans wondered if they’d be at home this Thanksgiving. Well, for Grayson and Chloe, it might not be Thanksgiving and Christmas without their parents. According to  TMZ, they will start serving their time in January.

While Savannah Chrisley has several income streams, Grayson and Chloe are still minors, and being separated from their parents seems shocking for those who watch the USA Network. Savannah had always been close to her little sister who became part of Todd’s family. If you don’t know, she is actually Kyle’s daughter and Julie and Todd took custody of her. Recently, she appeared in a  lot of sweet photos with her new guardian.

Savannah Chrisley – Steps Up For The Younger Kids

Before the sentencing, Todd’s daughter took to her “Unlocked” podcast and spoke about potentially going home without her parents. If you don’t know, they were sentenced in Atlanta for federal crimes. Todd will serve 12 years and Julie will serve 10. That’s a long stretch for a teenager to go without parental guidance. But the young entrepreneur will do her best for her younger siblings.

Savannah Chrisley said that she hated the idea that she might “come home Tuesday, and…have custody of a 16-year-old and a 10-year-old, and we spend our first Thanksgiving not as a family.” However, her biggest worry seems to be the fact that her siblings are going to need a lot of help and she will need to “get them to understand the circumstances.” She added, “That’s a really, really difficult thing.” Then she noted, “I have to be a positive role model for Chloe and Grayson.

In the comments of the podcast by Savannah Chrisley on YouTube, people started to express their feelings for Grayson and Chloe. Follower Faith Deweese penned, “I am SO heartbroken for your family this morning. This ruling seems SO SO unfair when literal child predators and murders walk free. God is still there for you all even when it doesn’t look like it🙏.”

Actually, a lot of people believe that the conviction should never have happened. Irrespective, as Todd’s daughter said, there is a “new normal” now and it looks like she will unflinchingly stick tight to her family.

Be sure to catch up on everything happening with Todd Chrisley right now. Come back here often for all the spoilers, news, and updates about the Cast of Chrisley Knows Best.

B&B Spoilers: Will There Or Won’t There Be A Wedding?