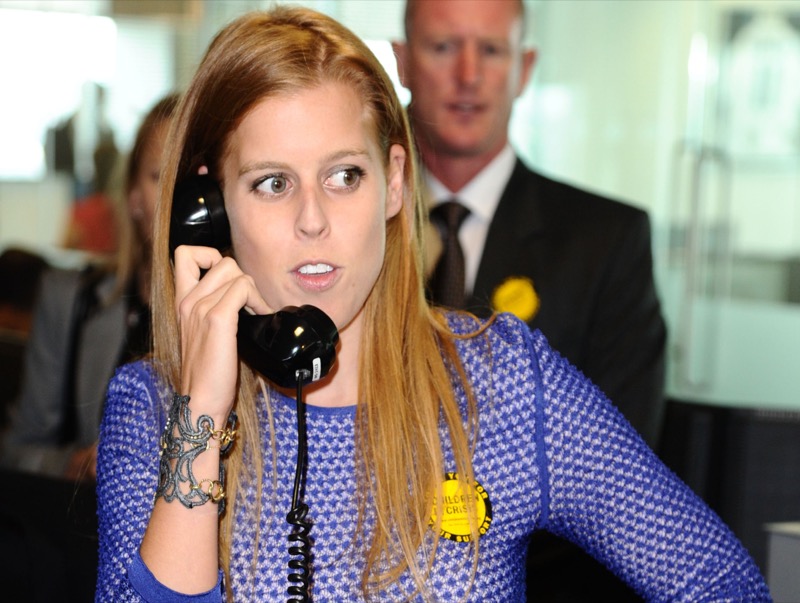 British royal family news shows that Princess Beatrice just had a totes norm moment and she responded just like you and I would—by blushing. She and her hubby Edoardo Mapelli Mozzi were at Glastonbury when she tried to pay for their food and her card kept getting declined. Big oopsie!

Royal Family News – Princess Beatrice Is Just Like Us

According to a source, “She tried to pay by card but it got declined three times.” Oh wait a minute, maybe she isn’t like you and me after all. Where did her card get rejected? Nope, not at the deep fried Snickers shack, not at the corn dog hut, and not at the cotton candy pop up. Beatrice was at a, “Michelin-starred pop-up food stall.”

Don’t know about you but I have never seen a Michelin starred food truck nor pop up stall and I don’t think I ever will. But despite the glitch, Beatrice eventually got her truffle risotto (just guessing) and was described as “unperturbed” by the whole thing. Soon it was off to the crowd and her hubby to hear some good music.

One thing is certain, Beatrice got her money’s worth music-wise. On Saturday the Glastonbury headline act was Sir Paul McCartney. His performance was amazing and had surprise appearances from Bruce Springsteen and Foo Fighters’ Dave Grohl.

He played on the Pyramid Stage and the former Beatle became the festival’s oldest solo headliner; he celebrated his 80th birthday last week. Sir Paul performed like the rock star he is and treated the crowd to a bunch of his own songs plus Beatles music and his group Wings.

The octogenarian lasted more than two hours and classics included Hey Jude, Blackbird, Live And Let Die, Ob-La-Di, Ob-La-Da and Get Back.

Grohl joined him and together they sang I Saw Her Standing There and Band On The Run. Grohl said he flew in from the US to appear with the former Beatle. He noted that he encountered several flight cancellations but said that he would, “never miss being on stage,” alongside Paul.

As if the night couldn’t get any better, after his set with Grohl, Paul announced he had yet another surprise waiting for fans. That’s when Springsteen took to the stage and the two performed Glory Days and I Wanna Be Your Man. Rounding out his show, sentimental Paul dedicated My Valentine to his wife Nancy and Something to his late Beatles’ bandmate George Harrison.