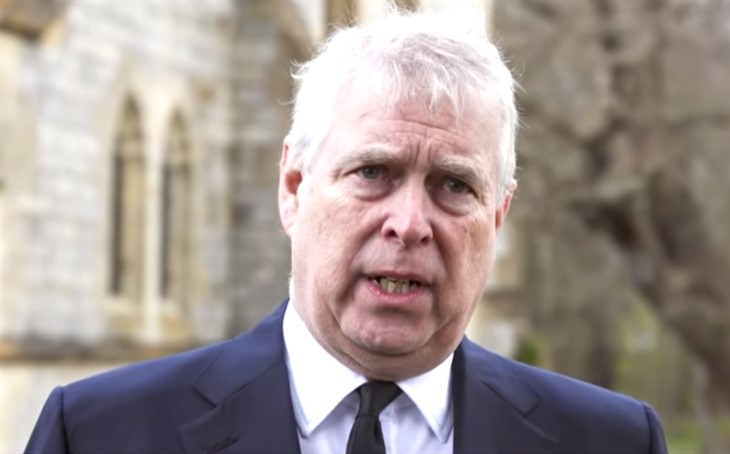 British royal family news reveals that it’s official, the Duke of York Prince Andrew has settled his monetary debt with sexual abuse accuser Virginia Roberts. She filed the civil suit against him last August in a NYC courtroom and last month he agreed to settle the case out of court. According to the Daily Mail the sum of money is, “reported to be some £12 million.”

Roberts claimed that Andrew’s friend, dead convicted pedophile Jeffrey Epstein trafficked her to him when she was a minor. Andrew has denied the charges against him. As part of the settlement he did not admit to guilt but did agree to supply a financial settlement to his accuser.

In January the court agreed that the case would be heard, despite tries by Andrew to have it tossed. After the judge’s ruling Andrew’s lawyers indicated that he would seek a jury trial, surprising many experts. That claim came to naught, as Andrew infamously decided to pay off his accuser so as to avoid a courtroom, with or without a jury ready to hear the charges against him.

It was recently reported that the settlement would need to be completed within ten days and apparently Andrew obeyed the law: “Andrew is now believed to have paid his financial settlement to Ms Roberts, dismissing the lawsuit. It came as Andrew was seen leaving Windsor Castle in his Range Rover today wearing white wireless earbuds, which appear to be Apple air pods, while behind the wheel.”

As part of the settlement Andrew said he would make a “substantial donation” to the plaintiff’s charity supporting victims’ rights.

The man nicknamed “Randy Andy” also said in his court statement that he, “regretted his association with Epstein,” and would from now on support, “the fight against the evils of sex trafficking, and by supporting its victims.”

The settlement revealed few details of the agreement between Andrew and Roberts but the sum paid was not disclosed. It was revealed this week that Andrew’s brother and heir to the throne, Charles, will pay, “a part of the bill for Andrew’s sexual abuse lawsuit.”

It’s been alleged that the Prince of Wales will loan Andrew up to £7million, which will not include public money. It had previously been claimed that Queen Elizabeth would pay a portion of Andrew’s debt but that has not been confirmed.