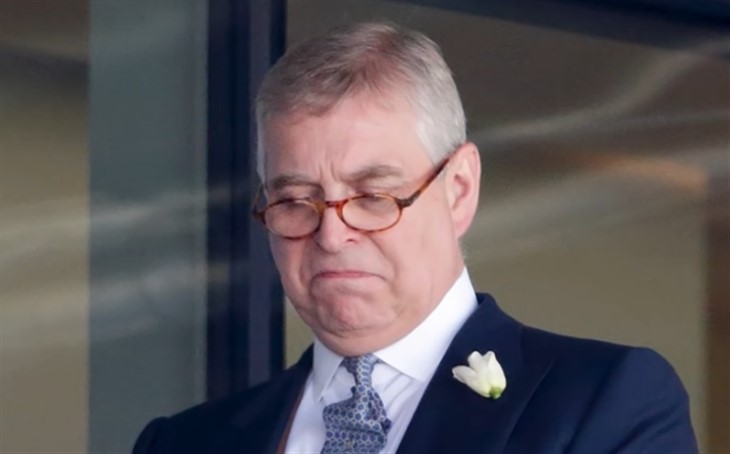 British royal family news reveals that the fate of Prince Andrew’s royal life and reputation are a hot topic following his decision on Tuesday to settle a case against him with a monetary settlement. Virginia Giuffre brough a civil case against him in August in a NYC court. She claimed that he sexually assaulted her when she was a minor and he has maintained his innocence.

Now royal watchers and legal experts are weighing in on the consequence of the case and the settlement. The majority appear to think that the disgraced royal will never play a role in public life again.

The settlement was revealed on Tuesday in a Manhattan court filing. Attorneys for both sides agreed to the settlement and the financial amount was not disclosed. But Andrew did agree to say that, “he had never intended to malign,” Giuffre’s character.

The statement came after his lawyers accused Giuffre of, “seeking a payday with a ‘baseless’ lawsuit, a strategy that drew condemnation from women’s rights groups. Andrew had said as recently as late January that he wanted the case to be heard before a U.S. jury,” according to Reuters.

Royal Family News – What Is Next For Prince Andrew?

Many royal watchers have gone on record to say that, “Andrew would likely not be able to resume a public role. Reuters talked to Britons about the case and many indicated the same sentiment. Anthony Joho, 21, said, “Once the flaws come out and you see the actual human within them, which is the allegations, the problems they’ve had, I think that’s the problem now. It’s hard to maintain their actual role as a royal family.”

Royal Family News – What is Next For The Monarchy?

As the comment indicates, Andrew’s scandal has tainted the monarchy as well. The idea of a settlement was upsetting to many and Graham Smith, head of the anti-monarchy group Republic, has questioned whether or not the queen is giving money to her unemployed son for the payoff.

He said, “There are lots of questions about Andrew’s personal wealth and how he manages to fund the lifestyle he leads.” Andrew is said to receive a small amount of money as a former member of the military, but certainly not millions as the settlement is predicted to be.

Days Of Our Lives Preview: Ciara Gives Birth In Woods, Can Allie Save Mom & Baby?