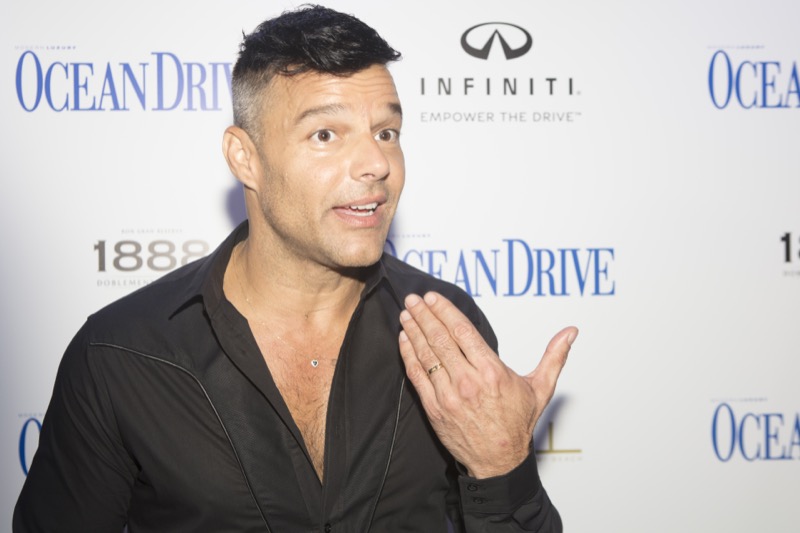 This case dates back to July when Ricky Martin‘s Nephew Dennis Yadiel Sánchez Martin accused the singer of having a sexual relationship that lasted for seven months with him. In the complaint which Sánchez made under Puerto Rican law, Sánchez claimed that Martin harassed and psychologically abuse him and that brought the end of their relationship.

When the news Martin, 50, had a sexual relationship with his nephew Sánchez, 21, came out, it wasn’t known that it was Martin’s nephew that issued the complaint, it was Marca that made the revelation. Also, a judge assigned to the case issued a restraining order against Martin.

When this case came out, Martin denied ever having any sexual relationship whatsoever to do with his nephew, Martin’s denial came through his lawyer Marty Singer, Marty stated that on no account did Martin have nor plan to have not will ever have anything sexual with Sánchez, that the mere thought of that is disgusting, that the allegations are very much not true. Marty further stated that Sánchez is a troubled person and Martin wishes Sánchez would get the help Sánchez deserves.

Now, in every normal circumstance, allegations like this are mostly followed through with all seriousness and, whenever the accused denies such allegations, it mostly turns out to be a lie, in this, it appears that Martin was telling the truth about never having anything sexual with his nephew. Can you believe that Sánchez who filed the incest case against his uncle Martin, on his own, dropped the allegations thereby bringing automatic end to the case? Well, it’s true. Sánchez did drop the case, but then, the damage intended to be done to Martin’s reputation has already been done.

On Wednesday, September 7, Ricky Martin filed a lawsuit that says Martin is “being persecuted, besieged, harassed, stalked and extorted by a maladjusted person” who wants to “obtain an economic benefit” or “assassinate [Martin’s] reputation and integrity.”

Martin is demanding nothing less than the sum of $20 million for damages, according to Martin’s lawyer Marty Singer, prior to the case being dismissed, Sánchez went around publicly proclaiming to be Martin’s nephew, Sanchez bombarded Martin with text messages both on Martin’s Instagram and WhatsApp, Sánchez went the extra mile of releasing Martin’s personal cell phone contact on social media.

Martin also requests that his interests, costs, and attorney’s fees be paid. Marty stated in the lawsuit that Sanchez’s actions towards Martin were done out of malice, and for that reason, Martin and his family members no longer feel safe in Puerto Rico because Sánchez really dirtied Martin’s name there. So, Martin is requesting the court to order Sánchez to “immediately refrain from communicating with Plaintiff and his family, either personally, by telephone and/or through social networks.”

Be sure to catch up on everything happening with Ricky Martin right now. Come back here often for all the Ricky Martin’s spoilers, news, and updates.

Royal News: Prince Harry And Meghan Markle Will Remain In UK Amid The Queen’s Death