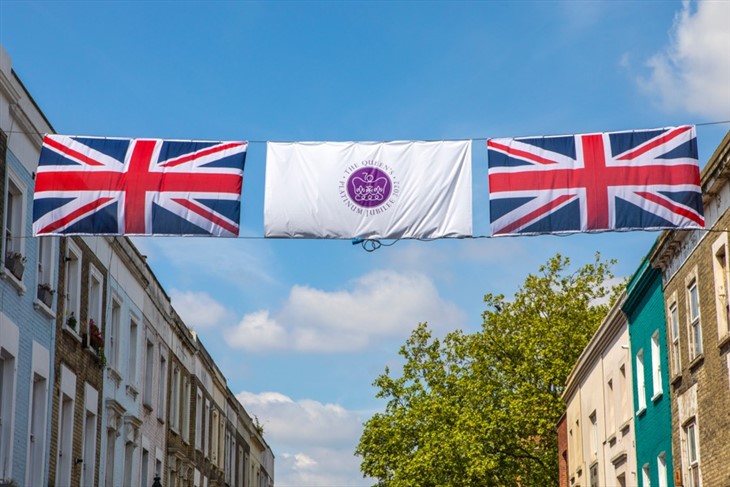 Queen Elizabeth appeared three times throughout the course of the day: twice on the balcony and once to light the “tree of trees” that evening.

After what must have been a stressful day for the monarch, who suffers from recurring mobility issues, the Palace announced that Her Majesty wouldn’t attend the Thanksgiving service and the Epsom Derby because she felt out of sorts after her Balcony appearances.

Let’s just say that Trooping the Colour is a huge success! For the first time in so many years, the Queen didn’t take the salute, but rather delegated it to Prince Charles, who was also joined by his sister Princess Anne and son Prince William.

The Cambridge children – Prince George, Princess Charlotte and Prince Louis – rode on their first carriage ride with their mother Catherine and Camilla. Excited Louis just couldn’t stop waving, even though big sis Charlotte tried to get him to stop. Later on, the excited 4-year-old emerged onto the balcony, standing next to his world famous great-grandmother.

Apart from his varying moods and expressions, he also struck up a chat with the Queen, and though Kate tried her best to keep his excitement in check, he couldn’t contain himself when the flypast began.
Needless to say, the Queen and Prince Louis were the talk of the day.

After her first two appearances on Buckingham Palace balcony, reports emerged that the Queen wasn’t feeling too good. However, she willfully came out to light the principal Platinum Jubilee beacon at Windsor Castle that evening.

Prince William arrived at the event minutes before the Queen was due to light the beacon, chatting with several people there. He looked emotional when the Queen lit a ring of lights, which eventually lit up the “tree of trees”, by touching the Commonwealth of Nations Globe.

The “tree of trees” is made up of 350 different trees from around the U.K. It represents Her Majesty’s devotion to preserving the natural environment.