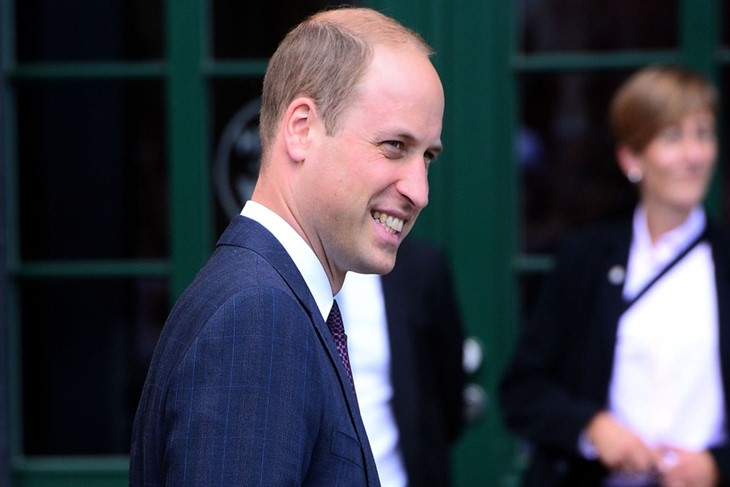 As part of the Duke of Cambridge’s 40th birthday celebrations, his face will be on £5 coins. This is the first time that his face will be appearing alone on the British coin minted by the Royal Mint.

The U.K.’s official coin producer the Royal Mint unveiled the coin ahead of Prince William’s 40th birthday on June 21. The coin’s image is reportedly that of a picture of the Duke taken during the Queen’s birthday party at the British Ambassador’s residence in Amman, Jordan.

The coin was crafted by engraver Thomas T. Docherty and shows one side of the Duke’s face looking to the top right of the coin.

The shot perfectly hides his bald spot, and there’s been some speculation that the image was hair brushed to make it possible.

On William’s left, the number 40 is engraved while the royal cypher “W” is on his right. On the other side of the coin, the image of the Duke’s grandmother, Queen Elizabeth the II is engraved by Jody Clark.

The unveiled coin design has the inscription “HRH the Duke of Cambridge” at the edge.

Along with this latest design, there will be a limited edition coin made from 5 oz of fine gold quality.

To give the Duke a 3D appearance, it will use laser technology to create a “high relief finish”.

This is big for the Duke, who has only made an appearance on a commemorative coin once as a tribute to his marriage to Kate Middleton in 2011.

Clare Maclennan, the director of commemorative coin at the Royal Mint, explained that the coin was made to capture the Duke’s fine qualities, his manners and his dedication to his family and country.

She said: “The elegant design features a portrait of HRH alongside his royal cypher and the number 40, which pays homage to the maturity and grace of the Prince who has become a senior member of the Royal Family, a devoted husband and a loving father of three, through the eyes of the world.

“Marking this extra special occasion, we have also struck a limited edition gold coin made with 5oz of fine gold and struck in high relief to elevate the artistry of the design.

She continued: “Our limited edition precious metal coins combine fine craftsmanship and rarity, making them an attractive keepsake for collectors and investors.”