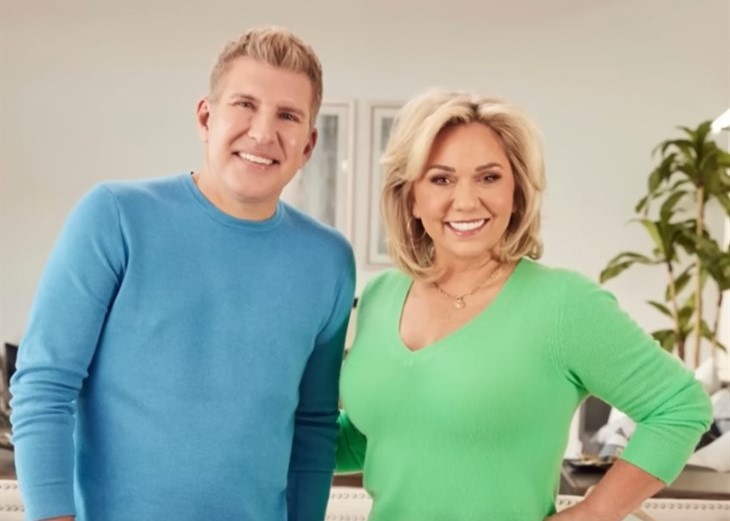 Chrisley Knows Best stars Todd and Julie Chrisley, who were convicted earlier this month of tax evasion and bank fraud, to the tune of millions of bucks, are now set to be sentenced.

With the sum involved being so vast, they’re likely to do some serious time behind bars. Questions remain, including how much time the USA personalities will have to do behind bars. Continue reading and we’ll tell you what a legal expert is saying on the matter.

According to Us Weekly, Beverly Hills-based legal analyst Jeffrey W. Steinberger, unaffiliated with the case, said about the conviction and subsequent sentencing hearing, “it’s pretty serious.” Steinberger elaborated, adding that the conviction was significant in that the monetary number was so vast and that such large numbers usually equate to large prison sentences.

He also pointed out the fact that the Chrisleys were famous and that prosecutors would likely give stiffer sentences “to bank fraud and tax fraud cases in an effort to deter non-celebrity people from committing the same crimes.”

The Chrisley Knows Best stars, Todd, 53, and Julie, 49 were convicted on 12 counts of tax evasion, bank and wire fraud, and conspiracy after a three-week trial that ended on June 7. After the couple was indicted in 2019, Todd denied the allegations in a lengthy statement in which he claimed they were the victims of a former employee’s attempt to get “revenge” on the family.

“He took a bunch of his phony documents to the U.S. Attorney’s office and told them we had committed all kinds of financial crimes, like tax evasion and bank fraud,” the Georgia native said at the time,” Todd wrote.

Assistant U.S. Attorney Annalise Peters claimed that the two obtained $30 million by lying about their income. “They made up documents and they lie through their teeth to get whatever they want, whenever they want it,” Peters told the court.

Though, forbidden by the courts to discuss the results of the trial or their upcoming sentencing, the Chrisleys recently opened up on their podcast Chrisley Confessions.

The USA personalities aren’t allowed to talk about the results of the trial or their upcoming October 6 sentencing, but they recently opened up about the aftermath of the verdict on an episode of their “Chrisley Confessions” podcast.

“We wanted to let everyone know that it’s a very sad, heartbreaking time for our family right now,” Todd told subscribers on Friday, June 17. “But we still hold steadfast in our faith, and we trust that God will do what he does because God’s a miracle worker — and that’s what we’re holding out for.”

Be sure and keep up with the developing Chrisley drama and return here often for more spoilers, news, and updates.