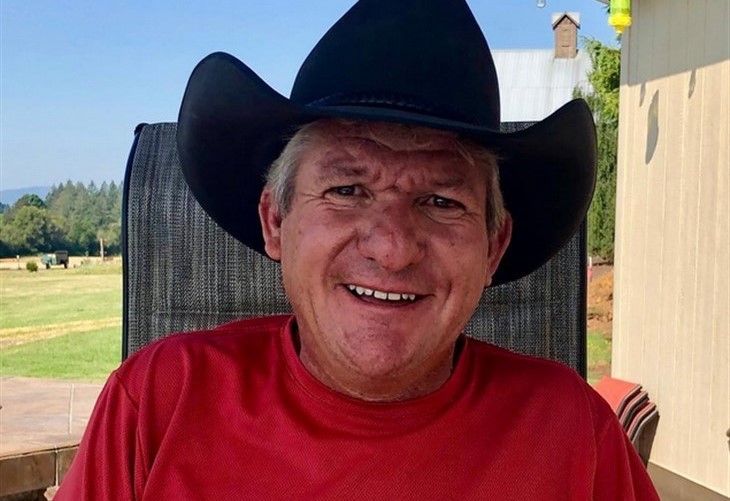 Little People Big World spoilers and updates tease that many things have happened at the Roloff farms. In an Instagram post, Matt Roloff posted a series of videos and photos of the fire that took place on the Oregon-based property.

The 60-year-old TLC star quipped that there’s “never a dull moment” on their farm.” He shared that he called 911 around 10 am after he noticed smoke coming out of the sides of the chicken barn. He then told the story about their chicken barn catching fire.

“Flames are 6 ft high and spread along one of the interior walls. Between all the hands on the farm and the quick response of our local fire department the barn is saved … only some interior damage,” Matt recalled.

He thanked his buddy Ty for pushing him to get as many fire extinguishers for the farm. He also expressed his gratitude to their farmhand Jason for his quick reactions that helped save the 110-year-old structure.

Little People Big World – The Cause Of The Fire

As per Matt’s statement, the fire was triggered by “a light falling to the floor,” which most likely took place in the morning, when the chickens are in a “rush to get out their automatic door.” Fortunately, all their chickens were safe. Matt described the incident as “dreadful.” The fire took place back in January, but the fire is just now being aired on the show.

The 100-acre farm in Helvetia, which is located outside of Portland, is now being run by Matt after his divorce from Amy Roloff. The pair purchased the property back in 1990 and has made several updates and upgrades to it ever since. The lawns are all fertilized and mowed, new cabins built, as well as a luxurious rustic home. 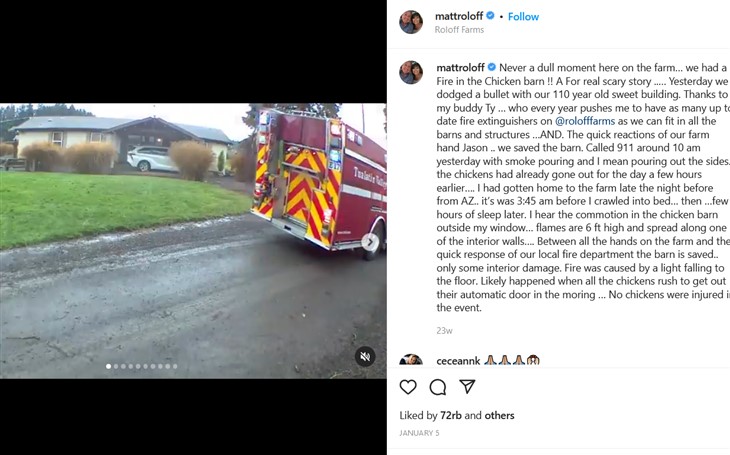 As for Amy, she married Chris Marek in August 2021, after her divorce with Matt was finalized. She revealed that Matt wanted to buy her out of the farm. Amy shared that she spent “pretty much half” of her life on the farm, and leaving it behind was “difficult” for her. She said yes the second time Matt asked him, which she believed was the best time to move on with her life and give up her part in the farm.