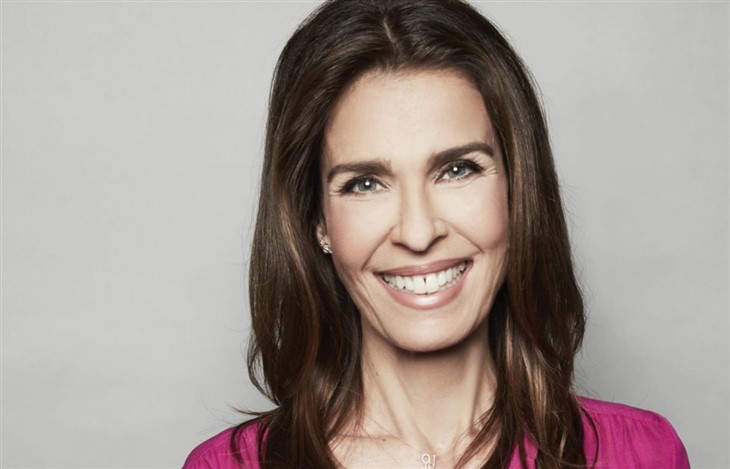 Days Of Our Lives (DOOL) spoilers recently teased the return of Kristian Alfonso to her role of Hope Williams Brady. But apparently this actress reads ALL the DOOL social media and fan message boards. And when Kristian viewed some of the negative feedback from Days Of Our Lives viewers, she sparked a controversy by slamming them!

Find out what Alfonso said that caused fans to feel annoyed. And learn how the Days Of Our Lives star responded to those critics. Get all the details below.

Rumors that Kristian Alfonso would make a Days Of Our Lives comeback in her role of Hope Williams Brady have swirled for weeks. And when the gossip turned into reality, fans got busy. As a result, message boards and social media lit up. But Alfonso reacted with anger to those slamming her.

Memo to Kristian Alfonso: Don’t burn bridges! In 2020, Kristian resigned from Days Of Our Lives and stated she would never return. Oops. As a result of that dramatic department, some fans mocked her for returning just two years later. And that led to Alfonso trying to defend herself, noted TV Line.

Kristian Alfonso Hits Back at Critics Ahead of #DaysofOurLives Return: 'I Didn't Say I'm Never, Ever Coming Back' https://t.co/0LyU43wASW

However, Kristian’s defense didn’t quite fly. Because she will star in the Part Two Of Beyond Salem, Alfonso tried to deny any contradictions. “I don’t think of this as going back to Days of Our Lives,” stated Kristian. “[Beyond Salem] is, I feel, a branch of it.” And therefore, the actress criticized fans slamming her for contradicting herself. For instance, one fan tweeted, “Yeah I like KA a lot & I’m happy she is back as Hope.” And the fan added, “But she really did say in several interviews that she was done and not coming back and it was time for her to move on.”

But a fact check reveals contradictions. After reading the message boards in 2022 about her return, the comeback queen complained about fans. “I have seen online where viewers have stated that I said, ‘Never’ regarding [returning someday] — I never said never,” insisted Alfonso. “I said that I will not be popping in and out like other actors have done in the past. I didn’t say I’m never, ever coming back. I was not absolute.”

However, in 2020, Kristian stated the following in an exit interview. “I’m not coming back,” she announced. “I’ve had a great run and so many wonderful moments on the show and worked with so many wonderful people. It’s time for me to start a new chapter professionally.” And the contradictions resulted in a heated fan debate.

For example, one fan noted on a message board, “For me the big deal is how nasty she was about it. She was very unprofessional and threw a toddler tantrum.” And another chimed in, “She had a lot of choice things to say when she left that were very unprofessional. She was mad they didn’t stop her from quitting.”

Tell us what you think. Do you applaud Kristian Alfonso for returning to her role of Hope? And after you share your views, check back on our site for more Days Of Our Lives news!