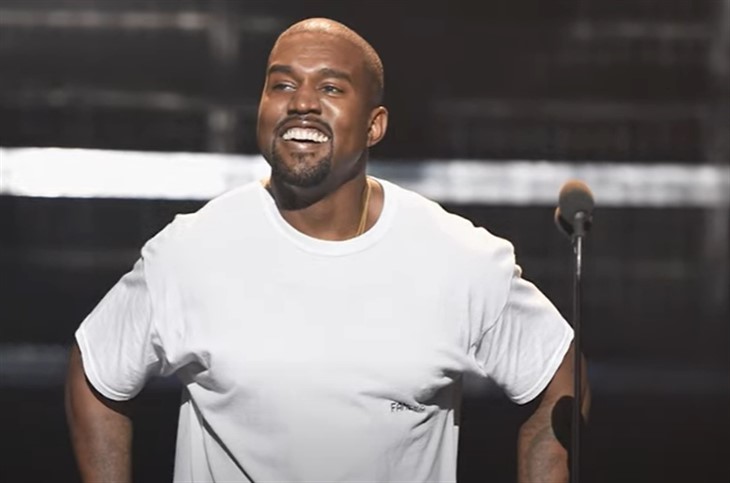 Kanye West has gone and deleted every Instagram post dealing with his ex-wife Kim Kardashian and just shared a video clip about moving on.

It may be that the rapper was embarrassed about the petty feud he was having with his ex-wife and chose to delete all but six posts on his Instagram feed, or it may be that he’s finished with Kim and ready to move on with his life.

Keep Reading And We’ll Give You The Low-Down.

Recently things have gotten a little heated between the singer-songwriter and his ex, with whom he shares four children. On Friday, February 4, Ye posted an image of his daughter North on Instagram expressing concern about Kardashian putting his daughter onto TikTok “against [his] will.”

According to Hollywood Life, Kardashian retorted writing “Kanye’s constant attacks on me in interviews and on social media is actually more hurtful than any TikTok North might create,” in her Instagram Stories, adding, “As the parent who is the main provider and caregiver for our children, I am doing my best to protect our daughter.”

On that same day, Kanye West posted a now-deleted clapback on Instagram writing, “What do you mean by main provider? America saw you try to kidnap my daughter on her birthday by not providing the address. You put security on me inside my house to play with my son then accused me of stealing. I had to take a drug test after Chicago’s party because you accused me of being on drugs.”

On Saturday, February 5, the film producer continued venting about not being able to take his kids to Chicago for a sports game. Kanye even claimed the mother of his children accused him of “putting a hit out” on her.

And Suddenly, It All Disappears As If It Never Happened

Suddenly, on February 8, Ye basically scrubbed his Instagram page. There are now only six posts on his page. Everything that he had posted to or about Kim Kardashian has been obliterated from the feed.

The music producer did leave a video clip and one post with his son Saint in them though, for all intents and purposes, it appears that he has all but erased the last 6 years of his life with Kardashian from his social media feed.

According to Hollywood Life, a source has said that Kim may need to take legal action in order to protect her children; North, Saint, 5, Chicago, and Psalm, 2, from the apparently unstable entrepreneur. Be sure and keep up to date on the Kardashian-West saga and return here often for more spoilers, news, and updates.

When Will Days Of Our Lives Return To Our Daytime Schedule?