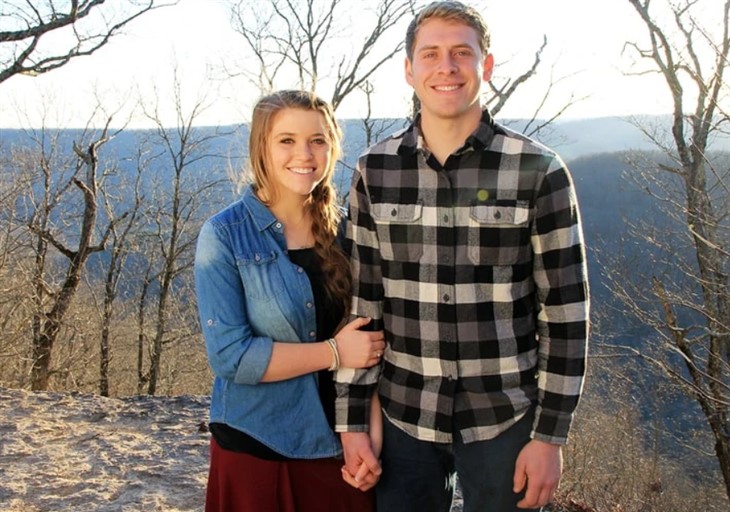 Joy-Anna‘s new Vlog kicked off with the ‘Counting On’ alum announcing that she would be cutting down her extremely long hair up to her armpit level. She explained that her husband Austin Forsyth is not home but her inlaw was taking care of her kids for her so she can be able to get it done.

Joy-Anna, 25, proceeded to film her journey to the hair salon, the process of trimming and curling her hair, her return home, and her wait for her husband’s return.

When Austin arrived, Joy-Anna after greeting her husband asked him, “Is it too short? It’s curled so it looks shorter than it is. What do you think?” to which Austin responded, “I don’t hate it. … I think it needs to be that much longer.”

Not long after Joy-Anna got her husband’s thoughts on her new hairstyle, a critic took the video on Reddit and added the caption, “Austin was so unenthused at Joy’s haircut, saying it needed to be longer. She stayed up until 1am to show him and spent so much time trying to convince him it looked good. How sad to always search for and need your husband’s approval on your physical appearance.”

The clip immediately garnered lots of comments from other critics who labeled Austin as sad. Someone wrote, “Not only was he unimpressed but his dad had already told Austin that Joy got her hair cut. His attitude changed when he knew she was recording. When he walked in, unaware she was recording he said things like ‘I don’t know if I like it… maybe if it was a little bit longer…”

Another observed that Austin’s countenance changed the minute he realized his wife was recording, “But when she was holding the camera in front of them and he knew she was recording the kind things came out about liking that it makes her happy and loving it,” a second critic wrote.

While adding, “I’d say it was interesting to see but really.. it wasn’t surprising.”

Someone else wrote: “I would kill to have hair like that. It looks great and looks great on her. Austin can go fly a kite. That makes me sad. She looks happy with it in this pic,”

While critics spoke against Austin’s “sad” reaction to coming home to meet his wife’s long hair shorter, Joy-Anna took it upon herself to clear the air and defend her husband for his reaction.

While comments like “Austin’s reaction! Dude, come on! She looks great!” And, “Men just need to learn it looks beautiful! You were so excited!” Were seen flying around, Joy-Anna came by to explain that Austin reacted that way simply because he was tired from having a long day.

She went on to say “He loves it now. He was so pooped after driving all day.”

Be sure to catch up on everything happening with Joy-Anna Duggar right now. Come back here often for all the Joy-Anna Duggar’s spoilers, news, and updates.