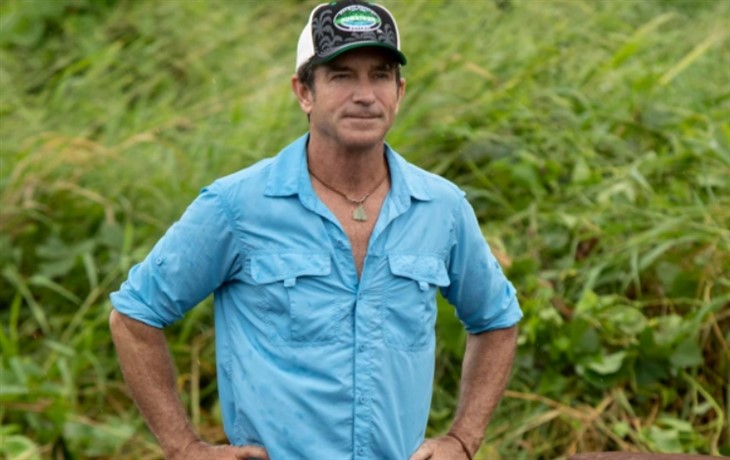 Survivor spoilers for season 42 hinted that the game of survival would remain the same. But then came the premiere. And a big reveal, an unexpected confession by Jackson Fox, and the unprecedented intervention of Survivor host Jeff Probst proved all those predictions wrong!

Find out how Survivor 42 just made history. And see why Jeff Probst felt that he needed to intervene. Plus: Discover why Jackson Fox went home early below.

Spoilers for Survivor 42 had noted that the show would include the first openly transgender contestant, Jackson Fox. But Fox turned out to have a secret that he did not disclose to the show’s producers. As a result, both Jackson and another Survivor 42 contestant left. And while Zach Wurtenberger got voted off in the traditional tribal council, host Jeff Probst took on the unusual role of expediting Fox’s exit, reported Newsweek.

Jackson, a 48-year-old health-care worker from Houston, Texas, got somewhat of a lecture from Probst. And in a rare disclosure of what happens in choosing Survivor contestants, Jeff explained why producers decided Fox needed to leave the island immediately. Per the rules, all players in the game must tell any and all medical information to Survivor executives.

But Jackson did not comply with the rules. And when Survivor producers learned too late that Fox had relied on lithium since 2016 for anxiety and sleep problems, Probst agreed to intervene and send the health-care worker home immediately. But in his explanation to Jackson and his tribe, the Survivor host also showed that the show genuinely cares about the health of its players.

Jeff Probst  – Why Did Jackson Fox Get Sent Home From Survivor 42?

Jeff Probst sought to both clarify to Jackson Fox why he needed to leave Survivor 42 and to communicate with the TV audience why producers made the decision. Overall, Probst felt worried that the inevitable stress involved in playing Survivor could raise Fox’s anxiety levels, cause dehydration, and even result in insomnia. “The cumulative effect of the show would have a potentially very bad impact on you,” summed up Jeff. “And we don’t want that. Your safety is paramount.”

As to why Jackson did not disclose his use of lithium, Fox explained he had talked to his wife, a nurse, prior to the show. “I remember talking to my wife – she’s a nurse – and I said, ‘Well, I’m on lithium,’ and she’s like, ‘Well, you’re weaning yourself off of it. You’ll probably be off of it [when Survivor begins].” But when producers learned about the medication, they felt compelled to send Fox home immediately.

Turning to Instagram later, Jackson sought to explain why he hid the medication from producers. “It’s a stigmatism [sic]. I’m a human to know the fear is everyone hears the word, lithium, and they go way back in time. And they’re like, ‘That was a huge drug back in the day.’ That was a scary drug to be on.”

But Fox also expressed gratitude to the other Survivor 42 players for his brief time with them. “To say this was a once in a lifetime experience is an understatement..absolutely changed my life and met some amazing people that I now consider extended family. This smile is as genuine as they come.”

Tell us what you think about Survivor 42. Do you believe that Jeff Probst and the producers made the right decision in sending Jackson Fox home? And after you’ve shared your views, check back on our site for more reality TV news!