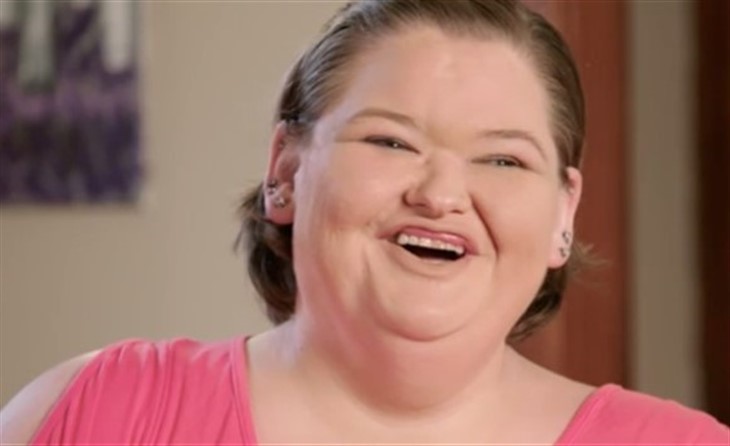 1000 Lb Sisters spoilers and updates tease that fans are wondering if Amy Slaton-Halterman has decided to leave the show for good. She feels that she’s a “bad mom” and with everything that’s going on in her life right now, viewers are wondering if she can continue filming new episodes once the show renews for a fourth season.

Fans may recall that Amy has gone through a lot of changes in her life in recent years. She qualified to undergo bariatric surgery and gave birth to her first baby, Gage Halterman.

Baby Gage spends time with her grandma whenever Amy’s not around. During this time, the TV celebrity feels that she’s losing valuable time, which she could have spent with her son.

Slaton is pregnant with her second child and she thinks that she can’t do another season. However, she’s willing to negotiate. The new mum said that she can continue filming if the show lets her work in fewer hours.

Aside from 1000 Lb Sisters, Amy also earns through her YouTube channel, where she already has half a million subscribers. Amy will be willing to do another season if the show cuts down her hours and if they make the show more about Tammy and Chris.

Chris has been successful in losing weight. Unfortunately, the same cannot be said about Tammy. She didn’t lose enough weight to qualify for bariatric surgery. At the end of the third season, she agreed to reenter a rehabilitation center and see a psychologist.

Amy loves everyone on the crew. However, she didn’t deny getting stressed when filming episodes. She constantly says stuff on the show and that means she needs to be with the crew “all day.” She also admitted that another source of her stress is taking care of her son since Gage needs more attention now. She feels as though her baby doesn’t want her out of his sight.

“I feel like I’m being a bad mom when I’m at work,” Slaton-Halterman explained.

“He’s always at Granny’s when we’re filming and stuff. I feel like I’m losing valuable time,” she continued.

Amy said she dealt with a lot of things last year. She filmed “every day for weeks,” for the third season, renovated her home, raised Gage, and helped her family members with their needs.

My Big Fat Fabulous Life Whitney Thrilled Her Boyfriend Won’t Be On TV, Here’s Why