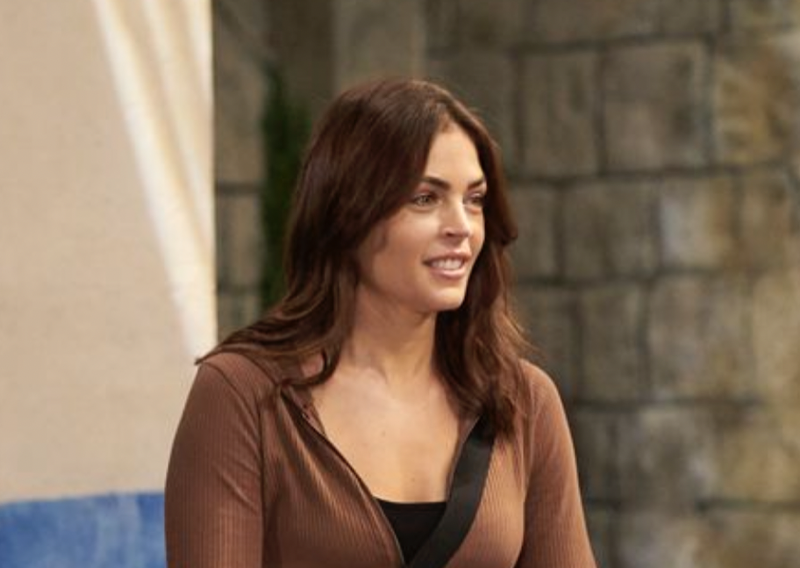 Thiebaud had some stiff competition at this year’s Emmys, including co-star Nancy Lee Grahn (Alexis Davis), The Bold and the Beautiful’s Kimberlin Brown (Sheila Carter), Days of Our Lives’ Stacy Haiduk (Kristen DiMera/Susan Banks), and The Young and the Restless’ Melissa Ordway (Abby Newman Chancellor). Ordway had to miss the ceremony due to a COVID-19 diagnosis.

Winner Thiebaud stunned in a gold sequinned dress and posed while kissing her Emmy backstage. The next day she took to Twitter to thank her fans.

“Good morning everyone! Meet my new friend Emmy!!!! I can’t believe it!!! What a special moment I will cherish forever! Thank you to everyone that made this possible for me! And to the fans, I love you all!,” Thiebaud wrote.

Nancy Lee Grahn then chimed in with a response. “Had to bolt as preplanned immediately after our category & didn’t get a chance to personally congratulate you. As I told your mom last night, ur one of the most talented young actresses I’ve seen pass through doors at GH in my time there. Well deserved, honey. Enjoy ur prize.”

Britt Had A Dramatic Year

Thiebaud won her Emmy during her second contract stint playing Dr. Britt Westborune. Britt had quite a year in which she learned she had the gene for Huntington’s Disease, the same ailment that killed her father, Cesar Faison (Anders Hove). She also fell in love with Jason Morgan (Steve Burton), only for him to dump her for Carly Corinthos (Laura Wright), and then later allegedly die after he tried to help her rescue her mother, Liesl Obrecht (Kathleen Gati), from Victor Cassadine (Charles Shaughnessy) and her crazed brother Pieter August (Wes Ramsey).

Lately, Britt has been sitting around feeling sorry for herself and having no luck on a dating app. However, she does seem to be getting a new love interest in Cody Bell (Josh Kelly), the man who knew Dante Falconeri (Dominic Zamprogna) as a kid and then parachuted into the Metro Court pool, taking Britt with him. That doesn’t mean fans don’t want to see her with Austin Holt (Roger Howarth), a man she has infinite chemistry with. Stay tuned to General Hospital weekdays to see what happens to Britt next.