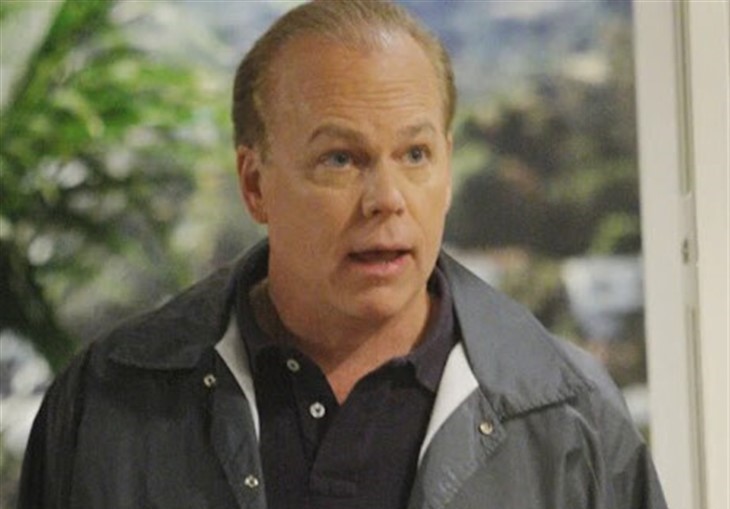 The Bold and the Beautiful (B&B) spoilers reveal that Mike Guthrie (Ken Hanes) helped Sheila Carter (Kimberlin Brown) get out of prison. Then, Mike showed up when Sheila was chasing Li Finnegan (Naomi Matsuda). It is confirmed that Mike will help Sheila keep John “Finn” Finnegan (Tanner Novlan) alive. However, Hanes hinted that Mike starts to question Sheila’s story.

The Bold And The Beautiful Spoilers – Sheila Carter’s Prison Escape

B&B spoilers reveal that Li went to the jail to angrily confront Sheila. After Li left the jail, Mike surprised Sheila and helped her escape.

Then, in a more recent episode, Sheila realized she was being conned by Li. When Li tried to escape in her car, Sheila was out of luck until Mike conveniently showed up.

While Mike stood dazed and confused, Sheila took his keys and chased Li down. If Mike hadn’t shown up with a vehicle at that specific time, Li might still be alive. Of course, Sheila could have stolen someone else’s car, but it would have at least bought Li some time.

Unfortunately, Sheila was in hot pursuit, which led to Li crashing her car. While the tail end of the car burst into flames, Li ended up submerged in the water below the bridge. Sheila seemed to have zero remorse over Li’s death. While Li was trapped in the car and drowning, Sheila just stood there with a smile on her face.

The Bold and the Beautiful spoilers reveal that Sheila will try to keep Finn alive on her own. It is confirmed that Sheila uses Mike to help her with this task. However, when Mike asks questions about Finn and Li, Sheila doesn’t tell him the whole truth. Speaking to Soap Opera Digest, actor Ken Hayes teased,

“She makes it clear to him that it was an accident [shooting Finn], and he believes her, but at the same time, it is Sheila, so he’s like, ‘Really? Was it really an accident?’”

Hanes continued that Mike takes Sheila’s story at face value. At least, Mike believes Sheila’s version of events in the beginning. However, Hanes said this, which implies Mike could have a change of heart,

“It’s going to be fun to see how far Mike will go to help Sheila in her time of need.”

While Mike might help Sheila care for Finn and keep him alive, what happens when the comatose doctor wakes up? Finn is going to demand what Sheila is doing there, where Steffy Forrester Finnegan (Jacqueline MacInnes Wood) is, and demand answers about Li.

What will Sheila tell Finn to keep him calm and cooperative? What happens when Mike discovers what Sheila has done to Steffy, Finn, and Li?