GH Spoilers: Will Ghost Mike Show Up At Brando’s Funeral? 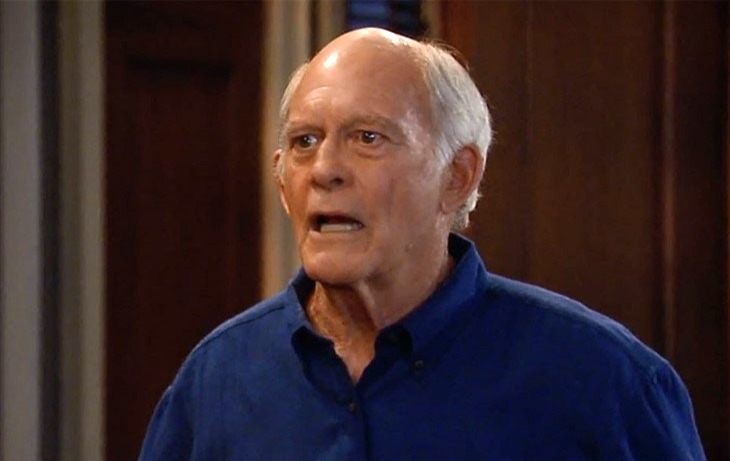 General Hospital spoilers and rumors tease that when Brando Corbin’s (Johnny Wactor) funeral is held, ghost Mike Corbin (Max Gail) might show up. Brando may have already gone to the great beyond, but Brando’s funeral is on the second anniversary of Mike’s death, and that may be significant.

The last time viewers saw Ghost Mike was when Sonny Corinthos (Maurice Benard) was first shown nearly frozen to death in a snow bank near Nixon Falls. Sonny was ready to die, but Mike helped him wake up and come back to the land of the living, because it wasn’t his time. Unfortunately Mike didn’t heal Sonny’s amnesia, but he did send him back from the brink of death.

Mike may show up at Brando’s funeral as Sonny reminisces about him to be there for support to his family. Mike may make an appearance to show the others that Brando is safe, loved, and reunited with his newborn, Liam Mike Corbin (uncast infant).

Ghosts have made frequent comforting appearances in Port Charles, as Spencer Cassadine’s (Nicholas Chavez) mother Courtney Matthews (Alicia Leigh Willis) would visit Spencer when he was a child and in trouble. Alan Quartermaine (Stuart Damon) also would visit Monica Quartermaine (Leslie Charleson) frequently when she was going through a rough time in life.

It wouldn’t be a huge stretch for Mike to show up at Brando’s funeral, when so many need comfort over his death; it will rock Sonny to his core. Sasha is sure to be inconsolable and both she and Gladys Corbin (Bonnie Burroughs) will need consoling and comforting. Ghost Mike could bring a window into the great beyond so they could see Brando and Liam together again, and Courtney will no doubt be there as well.

Sonny will find himself offering a lot of comfort over the next weeks as well; perhaps his father will stay close to him to help. So far, two people close to Sonny have been attacked, first Ava Cassadine (Maura West), the mother of their daughter Avery Jerome-Corinthos (Ava and Grace Scarola) and then Brando. Brando was the first of the victims to die, and future GH spoilers say there will be one more.

Sonny will need his father close to him keeping him from losing his grip as he uses his resources to take down “The Hook”. Who could be next, the whole town is in fear!