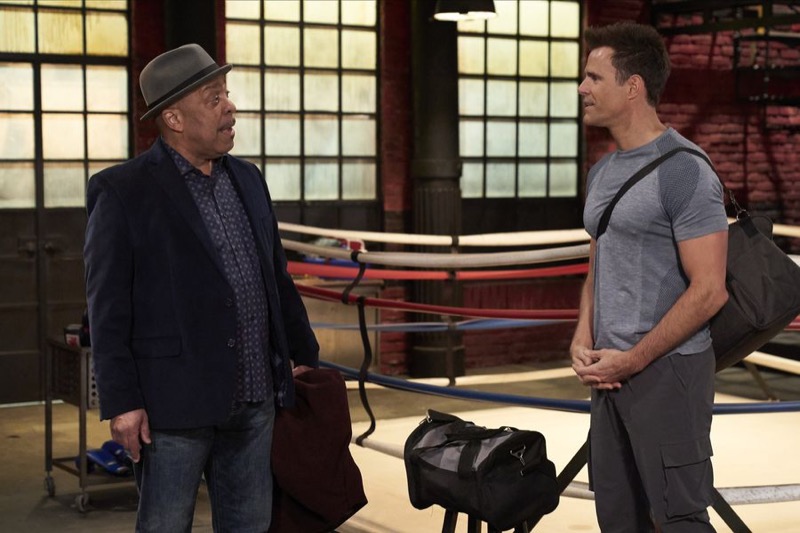 First off, General Hospital viewers will recall that Drew Cain (Cameron Mathison) told Curtis Ashford (Donnell Turner) that he would look into Marshall Ashford’s (Robert Gossett) past. It looks like even though Drew’s first try to get more information from Marshall himself, which General Hospital viewers will recall was offering him a job didn’t work he now has something. At the Metro Court, Drew’s sits down with Curtis and asks him if he’s sure he wants to know, after Curtis had told Portia Robinson (Brook Kerr) Drew had found some “inconsistencies” in his father’s past in Tuesday’s GH episode.

GH Spoilers – Alexis Davis Asks If Someone Has Reached A Decision

Also in Tuesday’s episode of General Hospital, Alexis Davis (Nancy Lee Grahn) wants to know if someone has reached a decision about something . General Hospital viewers will recall she was discussing the possibility of running the story on the sex video scandal that Esme Prince (Avery Kristen Pohl) had recorded with Carly Corinthos (Laura Wright). Carly was dead set against it at first until she reminded Carly it was “out there” and if she didn’t publish it in a manner that didn’t make the scandal worse, someone else would! Alexis also gave the option to Carly that if she wanted to, Josslyn Jacks (Eden McCoy) and Cameron Webber (William Lipton) as well could tell their side anonymously, and speak about the subject of revenge porn. Alexis is likely either talking to Joss or Carly about their decision.

General Hospital viewers know that Spencer Cassadine (Nicholas Chavez) has only a short time left of his sentence at Spring Ridge Correctional Facility, and his grandmother Laura Collins (Genie Francis) and father Nikolas Cassadine (Marcus Coloma) prepare for his homecoming. Laura takes great concern for her family, and in particular the question of Victor Cassadine’s (Charles Shaughnessy) influence on young Spencer; she tells Nikolas that they need to close ranks! Meanwhile, at Spring Ridge, Spencer has been approached for an unexpected meeting; as he and the visitor appear to be sitting at a table in the visitation room, Spencer tells him or her “let’s do it”!

Next on Wednesday’s General Hospital preview, Josslyn and Cameron have a serious discussion about something, possibly talking about the interview with Alexis about their experience being the victims of revenge porn. Joss pleads with Cam to stand with her! General Hospital viewers will also recall that Esme has been trying to get “friendlier” with Nikolas, and also with Ava Cassadine (Maura West) at the orders of her father, Ryan Chamberlain (Jon Lindstrom). It is difficult to tell whether Esme is being repentant or running a scam as she displays her best sad puppy dog eyes and asks someone if they were wrong about her?! With Esme, one never knows as she is a consummate con artist!

General Hospital viewers next see Elizabeth Baldwin (Rebecca Herbst) and Carly sit at a table in the Metro Court, likely discussing both the sex video their two teens were made subjects of the latest viral revenge porn in. General Hospital viewers also know Liz has had some other problems with a possible stalker, but at least Jake Webber (Hudson West) has been ruled out as the culprit! Carly asks Liz how can she be so sure? Elsewhere, Sonny Corinthos (Maurice Benard) and Ava are also talking about their child, Avery Jerome-Corinthos (Ava and Grace Scarola) as they encounter a tricky parenting moment; Sonny tells Ava she doesn’t miss a beat! Also in Wednesday’s GH, TJ Ashford (Tajh Bellow) see something unnerving!

Days Of Our Lives Spoilers: Can Jake Rescue Gabi From JoDevil?