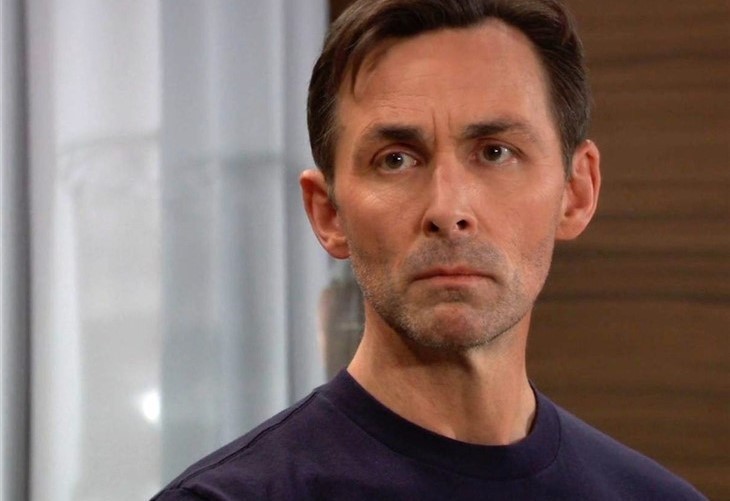 As Valentin continues his conversation with Carly about Nina, he uses an analogy to a balance sheet which Carly should understand; he lists Sonny Corinthos (Maurice Benard) as an asset. Both Carly and Valentin are business people, so Valentin talks to her in language she should understand very well. He continues, telling her if she puts Sonny in Nina’s column of assets, then look at everything she doesn’t have; that would be her losses column.

Carly snarks back at Valentin, telling him she’d be glad to let Carly out of her lease at Metro Court, where the offices of Crimson Magazine are located. Carly continues, telling Valentin she’s sure Carly can afford the penalty for breaking her lease, and she has no problem buying her way out of all her legal difficulties! Carly also snarks that Nina has tons of defenders like Valentin who run to her rescue every time she chips a nail, tripping over themselves in the process! Carly reiterates, strongly, that Nina is no victim who constantly needs rescuing, implying Nina’s a big girl who can take care of herself! Carly is clearly irritated and angry at Valentin and his continued undeserved sympathy for Nina and his acting like both her rescuer and her cheerleader!

Valentin continues to take up for Nina with Carly, clearly being on the side of Nina winning her court case for the visitation right to see Wiley Corinthos (Viron Weaver)! Valentin talks to Carly about how Nina has been exploited by nearly everyone who has ever claimed to care for her, and he tells Carly he puts himself in that list! Valentin tells Carly because even he has exploited Nina in the past, the least he can do is defend her now!

Carly again answers sarcastically, telling Valentin who hasn’t been exploited, like people having constantly exploited Nina is no big deal! Then Carly lets out an exasperated sigh as Valentin assures her he’s not minimizing her experiences of having been exploited herself!

Valentin continues to make his case for Carly making peace with Nina and putting all the rivalry and hatred in the past. After all, Wiley has only two grandmas left, his adoptive mother’s “adoptive” mother Harmony Miller (Inga Cadranel) just died. Granted, Wiley didn’t get to know grandma Harmony very well anyway and there probably wouldn’t be much of a bond. Valentin tells Carly how strong she is, as compared to Nina, and how big of a heart Carly has. Valentin then challenges Carly, asking if there is no part of her that feels for Nina?