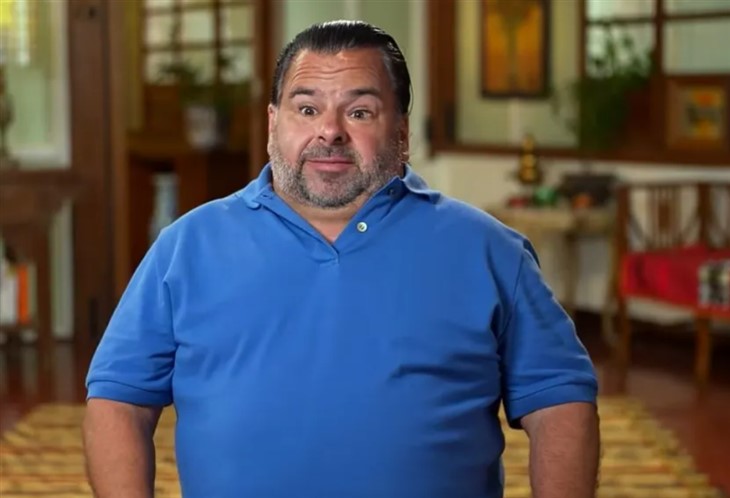 Meta-tag: Big Ed Brown doesn’t seem to catch on that 90 Day Fiancé fans (and a bunch of Brazilians) find his dancing videos pitiable.

Once again, 90 Day Fiancé star Big Ed Brown has been the subject of fans’ amusement. After he posted a May the Fourth Be With You Video, many commented on Instagram to mock his efforts. One thing they all agree is that he is no Jedi, or even a Stormtrooper, no matter how he tries. He has even attracted a Brazilian audience who find him truly hilarious.

Star Wars fans celebrate May 4th each year by sharing May the Fourth be With You videos to mark the date. It turns out Big Ed Brown thought he would impress his followers with one of his latest Instagram posts. However, he didn’t only post a video of himself dressed as a dancing Stormtrooper. His next post revealed him in a variety of costumes for Throw it Back Thursday.

Surprisingly, many of the comments to his May the Fourth be With You video were from Brazilian IG users. One wrote in Portuguese, “Brazilians invading the guy’s profile and he certainly doesn’t understand anything” with two laughing-crying emojis. Another wrote, “It’s me in life” while another commented, “Boy, you are cool, see lol.”
Another Brazilian commented writing in Portuguese, “I just came to see the comments from Brazilians (fifis just like me).”

It looks like Big Ed is used to being mocked by fans and it certainly doesn’t stop him from posting more cringe-worthy videos. The latest Throw it Back Thursday video reveals Ed in a couple of silly outfits, once again making a fool of himself.

He captioned the video, “Throw it back Thursday. I think dancing is probably my strongest skill. No doubt.” Let’s just say, fans don’t agree with his claim! One Instagram follower noted, “It’s amazing what people will do for fame and attention, Jesus Christ.” Yet another wrote, ”Still trying to stay relevant, holding on to the last few minutes you have left of fame.” A younger 90 Day Fiancé fan noted, “I would be extremely embarrassed if this was my dad.” No doubt Ed’s real-life daughter is embarrassed indeed.

After achieving minor fame on 90 Day Fiancé, it looks like the 57-year-old does want to keep himself relevant. However, he does this in the worst possible way. Big Ed has even started selling plush toys that look like him on his website, along with Big Ed clothing and mugs. Even worse, he also sells reusable shopping bags that claim he is a “spirit animal.”

Meanwhile, the San Diego native is engaged to Liz and fans are already wondering when they will tie the knot. Hopefully, he will be more respectful and not make fun of his nuptials if and when they do happen.