GH Spoilers Thursday, February 10: Will Maxie Do The Unthinkable To Save Bailey Louise? 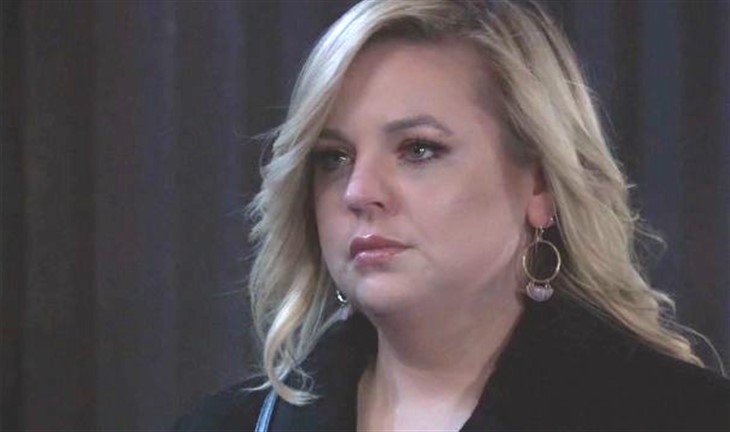 General Hospital spoilers for Thursday, February 10, 2022, reveal Maxie having to make an impossible choice — while improvising along the way.

Maxie Jones (Kirsten Storms) concocted this entire plan to hide her baby in plain sight, having to improvise along the way and now she needs to improvise again now that Peter August (Wes Ramsey) has Bailey Louise and he is threatening to take the baby and fun away or take them both with him. It’s Maxie’s choice and she has to think fast, so she offers Peter a way out.

Peter isn’t sure if he can trust Maxie and wants to know what the catch is, but it looks like she is bluffing and giving the authorities enough time to find her and apprehend Peter before she has to make any rash moves. Somehow Maxie has gotten this far without Peter winning in their battle of wits. She is not about to let him win now after she spent eight months without her daughter.

Meanwhile, Valentin Cassadine (James Patrick Stuart) is relieved that Charlotte is ok, but Anna Devane (Finola Hughes) has her suspicions and realizes that Victor Cassadine (Charles Shaughnessy) knew exactly where he could find Charlotte. Anna is one clever cookie and that’s why she demands some answers.

Now that the real truth about Bailey is out, Brook Lynn Quartermaine (Amanda Setton) feels the rest of the family will shun her for making them fall in love with a baby who wasn’t hers. Ned Quartermaine (Wally Kurth) forgave her, but what about Monica (Leslie Charleson) and Olivia Quartermaine (Lisa LoCicero)?

Over at the hospital, Harrison Chase (Josh Swickard) just wants to be a cop again and find Bailey Louise as a member of the PCPD. Will Dante Falconeri help him achieve that?

General Hospital Spoilers – The Truth Is Out There

GH spoilers say that Elizabeth Webber (Rebecca Herbst) and Hamilton Finn (Michael Easton) learn the truth, but what truth? Is it about Bailey Louise? Do they know who has been haunting Elizabeth and why her wedding ring keeps turning up in odd places? Will she ever notice that Austin Holt (Roger Howarth) looks incredibly familiar? Inquiring minds want to know. Stay tuned to General Hospital weekdays to see how these stories play out.