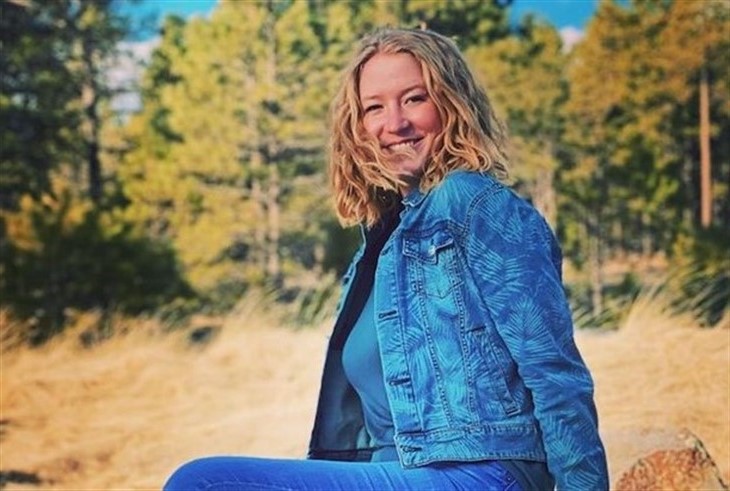 Sister Wives fans don’t see much of Gwendlyn Brown on the TLC show. These days, she seems a lot more private and doesn’t often post on her main social media platforms. However, she often shares in her Instagram Stories. This week, she joined in the banter that fans already engage in and lightly trolled her dad, Kody Brown

Some TLC fans confuse the kids produced by Kody and Christine with Janelle’s children. Both moms have six kids and Christine’s children are Mykelti, Aspyn, Ysabel, Paedon, Truely, and Gwendlyn. Gwen stands out as she declared herself bisexual. Very often, she posts stories about social justice and the rights of those in the LGBTQ+ community.

Recently, she appeared in the tabloids when she was on her way to a chemistry exam at college. Riding along on her bike, a car clipped the bike and she injured her knee. As she cycles, many fans worried about her because a lot of motorists really don’t take a lot of care around bike riders. Anyway, plenty of fans told her that they hope she gets better soon. Meanwhile, a lot of them wish they could see her on the show.

Sister Wives patriarch, Kody Brown also featured in the tabloids recently as the Season 16 Tell-All airs over three parts. A lot of scenes recall that her mom left Kody Brown after he withheld intimacy. And, a lot of fans just do not like him. So, they fully support Christine’s decision to leave.

The kids are not really talking too much about the split, but this week, like fans all over the world, Gwen Googled her dad’s name. Fans think it’s hilarious that Google search turns up the description of her dad as “Christine Brown’s ex-husband.” Well, Gwen also got a bit of a giggle from it.

Fans of the TLC show know that Janelle’s sons, Gabe and Garrison are at odds with their father. And now they know that Gwen isn’t afraid to lightly troll him on social media. If you don’t know, if you do a search on Google for the name of Kody brown, he turns out to be Christine’s ex-husband and if you search for Christine’s name, she comes up as an “author.”

When Gwen tried it, she shared the screenshot of her dad and in the caption, she said “I’m dead–s when I tell you this is what shows up when you Google my father.” Unfortunately, fans cannot comment, but it seems that’s the way Gwen prefers things. Still, it is interesting that she shared it.

Apart from Gwendlyn Brown, none of the other family members shared about the Google search. However, even if they hadn’t seen it, probably, they have now. Kody Brown might not worry about it at all, but fans see an angry man in the Tell-All. Possibly, he’s not at all amused.

Sister Wives – Will Fans See Gwendlyn Back On The Show?

Sister Wives fans heard that Gwendlyn Brown started studying at college. It’s not clear where she lives, but fans suspect she doesn’t stay at home with anyone else in Flagstaff. As she seems very private, she clearly hates the idea of putting herself out on TV for everyone to see. So, the chances of her filming for a season seem quite remote.

GH Spoilers Thursday, February 10: Will Maxie Do The Unthinkable To Save Bailey Louise?