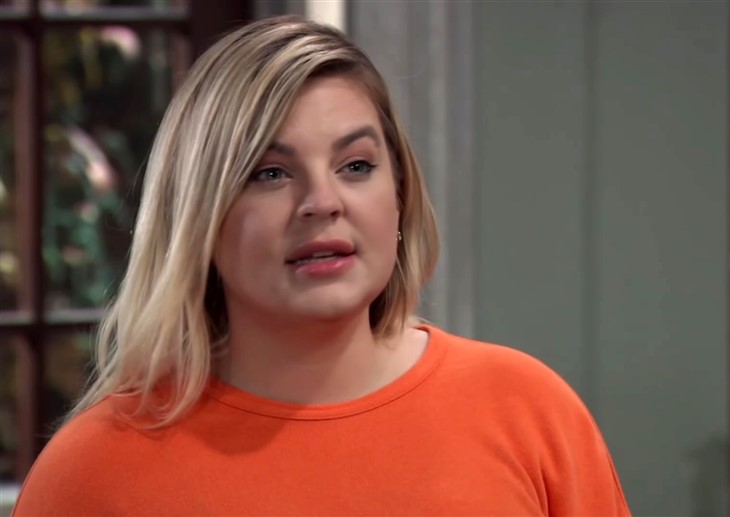 General Hospital Spoilers indicate that after almost a year of lies, secrets and danger that Maxie Jones (Kirsten Storms) is finally going to get her daughter back. But she’s going to have to go through the baby’s father, Peter August (Wes Ramsey) first. And that[‘s not going to be an easy take. Peter has eluded the Police and the WSB for months. And even when he was captured, he had the help of Victor Cassadine (Charles Shaughnessy) who helped him facilitate his escape.

Peter has been holding the information about how to control Drew Cain (Cameron Mathison) over Victor’s head in order to get Victor’s help. But Victor has just about had it with Peter and his double-dealing. If Peter double-crosses Victor again, Victor may well tell Maxie and the authorities where to find Peter. But regardless, the situation is likely to end with a one against one standoff between Peter and Maxie.

According to General Hospital spoilers, Peter would do well not to underestimate Maxie. She has successfully kept Peter from finding their daughter for months. Even Robert Scorpio (Tristan Rogers) called Maxie brilliant. This is a woman on a mission to save her daughter. She’s going to find a way to stop Peter once and for all, even if it means killing him herself. Nothing is going to separate mother and daughter any longer.

Even though Brook Lynn Quartermaine (Amanda Setton) had her own reasons for going along with Maxie’s plan, Maxie owes her a huge thank you. While it’s true that Peter kidnapped the baby while in Brook Lynn’s care, nothing would have stopped Peter and she could have died if she tried.

These two women will have to come to terms with everything that happened in the past year, and hopefully can forge a friendship that’s not based out of necessity. It will be hard for Brook Lynn to give Maxie back her baby on General Hospital, but she always knew that day would come.

Will Maxie find her baby? Will she be the one to end the threat of Peter once and for all? And where to Maxie and Brook Lynn go from here? Anything can happen in Port Charles so stay tuned to General Hospital airing weekdays on ABC. And don’t forget to check back right here regularly for all your General Hospital news, information and spoilers!