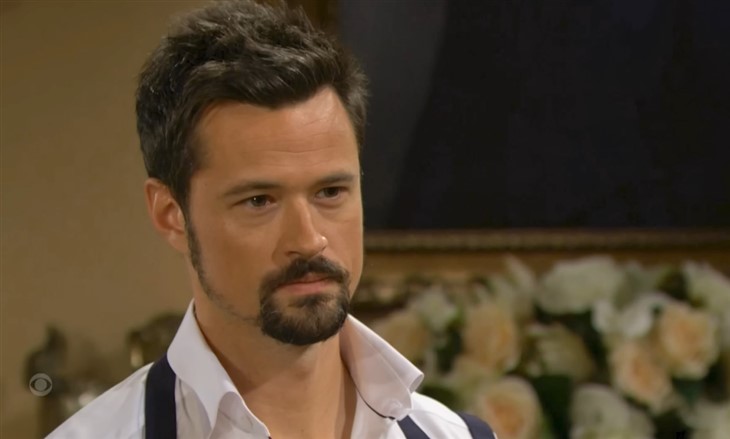 The Bold and the Beautiful (B&B) spoilers show that things are getting more intense between Brooke Logan (Katherine Kelly Lang) and the Forresters and it was only a matter of time before things got crazy. This may be that moment. While I understand the criticisms of Brooke, I still don’t think she deserves to be persecuted the way she has been by Steffy Forrester (Jacqueline MacInnes Wood) and Thomas Forrester (Matthew Atkinson).

Things have gone so far that Brooke believes that Thomas has threatened her and she is not about to be bullied by Thomas, someone she has feared for a long time and cannot understand why he’s allowed to walk around and have contact with his son.

Now that he’s fighting for full custody against her daughter, Hope Logan (Annika Noelle), she’s going to do anything she can to help her daughter win.

The Bold And The Beautiful Spoilers -Thomas Forrester’s Threat

Brooke has never been a fan of Thomas, but it definitely feels as though he threatens her when he tells her she better be careful. What else could that mean? If I was Brooke I would immediately tell Ridge Forrester (Thorsten Kaye) so he could help deal with it. But I’m not Brooke, and she has something else up her sleeve that she plans on doing. Something, much darker.

While most people would want to protect themselves, Brooke is going on the offensive and calls child protective services on Thomas. Not only is she getting even with him for threatening her, but she’s also helping her daughter with her custody battle.

However, once CPS realizes that there is probably nothing going on with Thomas and that he has been being a good father, it’s unclear what would happen, but I think it’s safe to say this is going to come back on Brooke, and I think it’ll hit her where it hurts. Ridge.

Ridge is not going to stand for her calling CPS on his son and grandson and if anything, this will probably help give him another reason to be with Taylor Hayes (Krista Allen) instead of her. Congratulations Brooke, you may have just played yourself. But, I have to give you credit. Calling CPS was pretty funny.

What do you think? Did Thomas deserve to have Brooke call CPS on him and do you think what he said to her was a threat? Share your thoughts and remember to keep watching the CBS soap to see what happens next.