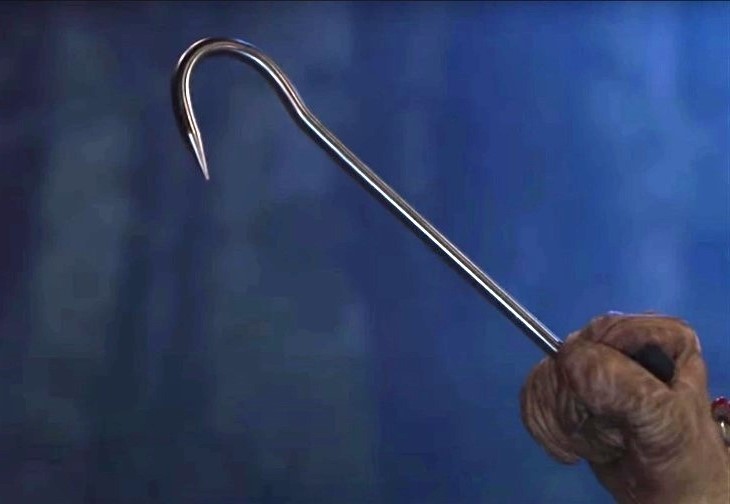 General Hospital spoilers tease it’s been a minute since we’ve seen or heard anything from The Hook. The last move she made was contacting Alexis David (Nancy Lee Grahn), when they penned a letter to her revealing bits of truth about her plan that gave the PCPD new information they needed to reinvigorate their investigation.

While Alexis was adamant that she publish that letter right away, Jordan Ashford (Tanisha Harper) begged her not to, and Alexis conceded when Jordan said she would give her an exclusive later on. Well, later came calling and Alexis says Jordan has run out of time. She’s going to publish The Hook’s letter in The Invader, and it’s going to provoke The Hook more than ever before.

When The Hook comes out next time, it won’t just be to attack someone else who is close to Trina Robinson (Tabyana Ali). It will also be to show Jordan and Alexis that they mean business. The Hook isn’t playing around anymore. Anyone who loves Trina might pay the price, and anyone willing to take the side of The Hook’s victims might, too. When The Hook attacks Rory Cabrera (Michael Blake Kruse), Trina will be devastated. As Rory is rushed to surgery and given the anti-venom, she’ll see their whole relationship flash before her eyes. All this time, Rory has been a doting boyfriend and she’s been saving space in her heart for someone else.

Alexis weighed the risks of going after The Hook. She has three daughters to take care of, but she knows they’re in good hands. Sam McCall (Kelly Monaco) is sleeping beside an armed cop all night. Kristina Davis (Lexi Ainsworth) has the protection of both her great uncle, Victor Cassadine (Charles Shaugnessy) and her father, Sonny Corinthos (Maurice Benard). Molly Lansing Davis (Haley Pullos) is working with the district attorney’s office now and has police protection most of the time.

Alexis is rarely worried about herself, but she knows her friends could become targets just like Diane Miller (Carloyn Hennesy) was. That being said, Diane became a target because she supported Trina — not because she was friends with an antagonistic Editor-in-Chief. At least that’s how Alexis rationalized it to herself. Still, she won’t be able to stop blaming herself in hindsight.

Word on the street is Rory won’t bounce back from this attack. If he’s bound to be the third life claimed by The Hook, people might start to question whether Alexis played a role in ending his life. Jordan warned her not to do it. Diane and Gregory Chase (Gregory Harrison) tried to issue the same caution as well. In the wake of his death, Trina might blame herself for even letting Rory come into her orbit. Is this going to cause her to have second thoughts about letting Spencer Cassadine (Nicholas Chavez) come anywhere near her when he’s released from Pentonville soon?

Stay tuned for more General Hospital news, updates, and spoilers as we continue to dish them out.