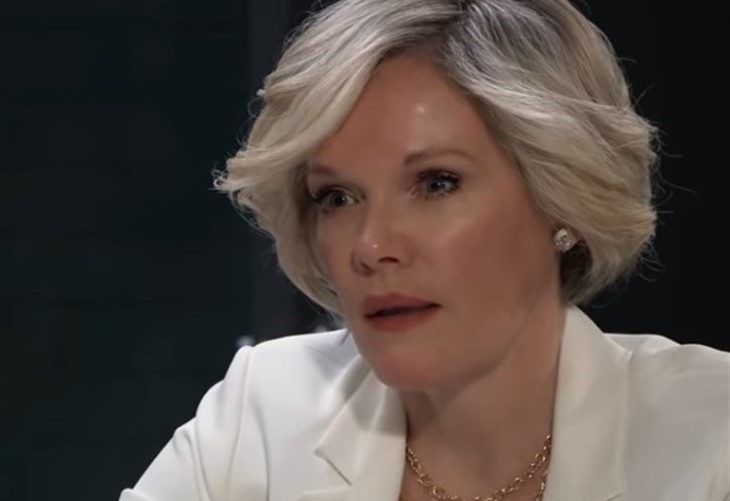 General Hospital (GH) spoilers tease that Ava Cassadine (Maura West) and Spencer Cassadine (Nicholas Alexander Chavez) have a hate-hate relationship. She is his step-monster and he treats her as such. There is no love lost and Spencer has made no bones about wanting her out of his dad’s life. But how far would he go to make that happen?

Spencer and his girlfriend Esme Prince (Avery Pohl) have made it their hobby to vanquish Ava from the kingdom. Of course Spence doesn’t know one important thing, that Avery is covertly working with her dad Ryan Chamberlain (Jon Lindstrom) to make this happen. Avery blew up Ava’s car to send a message, is Spencer that desperate to get rid of Ava if push came to shove?

General Hospital Spoilers – Are Ava Jerome And Spencer Cassadine On A Collision Course?

Chavez told Soaps.com of Ava, “He blames her, rightly or wrongly, for the issues he has with his father. In his mind, Nikolas made a decision between Ava and his son. And of course, Spencer believes his dad made the wrong choice.”

He thinks that the result of all of this pent up tension could end badly: “there might be some underlying sexual attraction between Spencer and Ava.”

“I think it was Alec Baldwin who said that whenever he is on screen with someone of the opposite sex, he makes a point to look at them like a piece of chocolate cake. It accentuates the fact that whenever you’re talking with the opposite sex, there’s always the possibility of other emotions being at play, even if they’re buried deep, deep, deep within your subconscious.”

Well, that’s an interesting thought. But not as far out as it may seem at first. After all, Ava has shown herself to be a horrible adult role model. Case in point, having an affair with her daughter Kiki Jerome’s (Hayley Erin) boyfriend Morgan Corinthos (Bryan Craig). Major ew.

What are the chances she would take a whirl with Spencer? For one thing the age difference wouldn’t bother her, based on precedent. But she swears to love Nikolas, so would she betray him in such a sadistic way?

It takes two to tango of course, would Spencer sleep with Ava? “Spencer grew up without a mother,” says Chavez, “and Ava is a mother figure, albeit a bad stepmother in his eyes. I mean, there’s a lot of Freudian psychology that comes into play there, but it’s not difficult to imagine there being something there.”

We definitely want to know what you think about this scenario GH fans!

Days Of Our Lives Spoilers: Will Jan Spears’ Baby Spell The End Of Shawn And Belle?