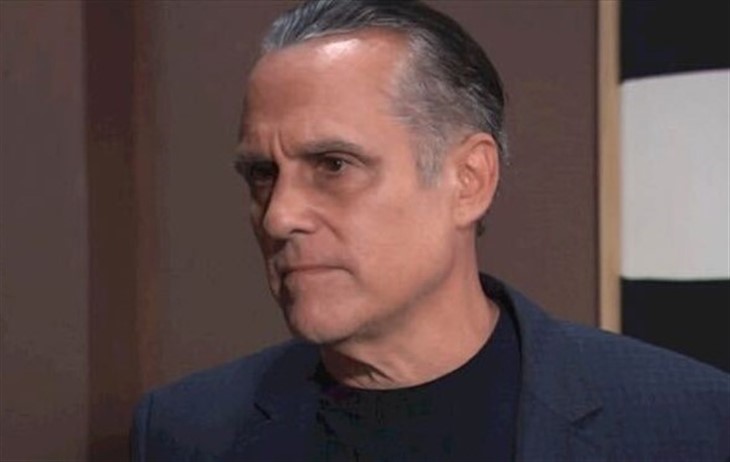 General Hospital (GH) spoilers tease Willow Tait’s (Katelyn MacMullen) closeted cancer diagnosis won’t be a secret from her family for much longer — at least not from all of them. Having kept it to herself and a few coworkers who helped to diagnose Willow with leukemia, Michael Cornithos’ (Chad Duell) nurse girlfriend certainly isn’t planning on him finding out from anyone but her. There might be other plans in store though when Sonny Corinthos (Maurice Benard) — Michael’s father — finds out Willow is sick.

Nina Reeves (Cynthia Watros) has been hot on Willow’s tail. She’s noticed Willow cozying up to coworker, T.J. Ashford (Tajh Bellow) one too many times, and Nina is starting to suspect Willow might be cheating on Michael. When Nina reports back to her boyfriend, Sonny, that Willow could be having an affair, the pair will speculate whether Willow’s baby is even Michael’s. Despite Sonny and Michael currently being estranged, he and Willow have maintained a fairly cordial relationship. Sonny will decide to confront Willow on his own when Michael isn’t around. What will the mobster do with the information he obtains when he does?

Willow has been taking it easy and working fewer shifts at GH. Michael thinks it’s just because she’s in the first trimester of her pregnancy and easily tired, but there’s more to it, as Sonny will come to find out. Sonny will make a trip to GH to catch Willow at work and makes a point of asking to speak to her privately. At first, Willow will dodge Sonny’s request, citing she’s not sure Michael would think that’s a good idea and that whatever is going on between Sonny and his son should stay between Sonny and his son.

Sonny will respond to Willow noting he wants to talk to her about her relationship with T.J., and that he can either talk it over with Willow, or he can talk it over with Michael. Once the two of them step into a private exam room, enough pressure from Sonny causes Willow to blurt out that he has guessed the wrong secret. Willow will share her diagnosis with Sonny, and will beg him to let her tell Michael. Will he oblige?

Sonny has never been one to meddle in the personal relationships his grown children have with others. He will agree to let Willow be the one to tell Michael she has leukemia, but he’ll do so expecting she’s going to tell him soon. However, as time goes on and Willow still doesn’t tell Michael the truth, Sonny will become increasingly concerned and may resort to telling Michael himself. On the other hand, Michael finds out a different way altogether that Willow is sick — and that Sonny knew about it and said nothing while she continued to forgo treatment and get sicker. It looks like Michael’s feud with his dad is just gearing up. Stick with us for continued updates on Willow’s secret sickness to learn how it’ll all come out.