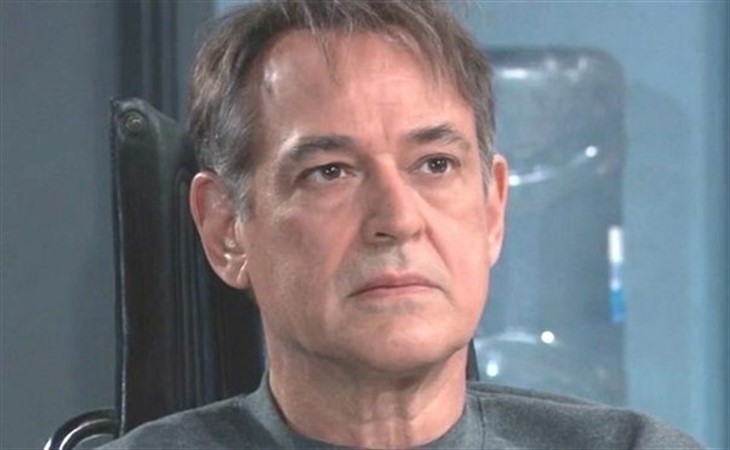 General Hospital spoilers and rumors tease that the Port Charles Hook might actually be at least two “hookers” and they might be Ryan Chamberlain’s (Jon Lindstrom) death squad. Could the missing Esmé Prince (Avery Kristen Pohl) and the much too often not missing Dex Heller (Evan Hofer) really be bio twins?

So far, two women and one man have been attacked by hook, and Dex has been close by to all the attacks. However, the attacker that attacked Diane Miller (Carolyn Hennesy) appeared to be shorter and thinner than the one that attacked Brando Corbin (Johnny Wactor). The one who attacked Ava Cassadine (Maura West) wasn’t seen, but Dex showed up anyway to save Ava as he did Diane-whose survival remains to be seen.

Dex has elusive family connections although Esmé knows more about her birth parents; twins run in families from the father’s side, and Ryan is a twin. Ryan only claims Esmé but all indications are she tracked him down; could she have tracked down Dex as well and Ryan now has both working for him?

According to General Hospital spoilers, Ryan’s plan that he was going to do together with Esmé was to get Nikolas Cassadine (Marcus Coloma) away from Ava by seducing him so he could have Ava. That didn’t work out for Ryan when Ava found out and threw Esmé off the parapet and she was leaving town anyway without telling him since Oz Haggerty (Max Faugno) lived.

That might explain why Dex is showing up to save women that may not be on Ryan’s hit list; but Brando Corbin (Johnny Wactor) may be Dex’s own kill. Ryan definitely didn’t want Ava dead, and would have no interest in Diane, more than likely, but Esmé would because she was Trina Robinson’s (Tabyana Ali) attorney. Could the brother be cleaning up his sister’s messes to avoid them both being taken out by their father Ryan?

Ryan’s never used snake venom on a weapon before, and the “kiddies” are much sloppier in their kills and attempted kills than he would be. However, because he had training as a doctor and may have read about Hamilton Finn’s (Michael Easton) long ago case, from old medical journals he may know about the venom. The serum used as an antidote would be created from the venom itself so Ryan may be have a source to get the venom.

Or, since no one knows where Dex lives and no warrants have been issued for a search, for all anyone knows Dex has a pet snake and he milks it. This may be a serial killer family but they’re rather dysfunctional, because they kill who they want, not who Daddy Ryan orders them to-he’ll soon break out to regain control.