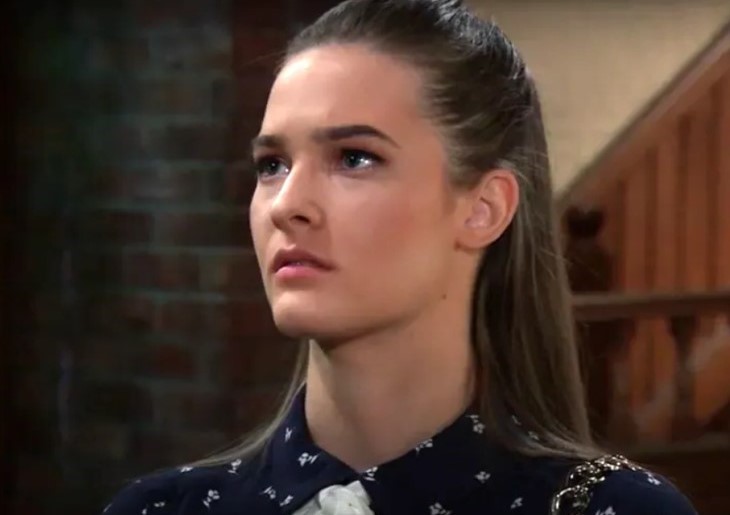 General Hospital Spoilers teases Nikolas Cassadine (Marcus Coloma) will confess to the murder or assault or Esmé Prince (Avery Kristen Pohl) our of love for his wife, Ava Jerome Cassadine (Maura West). It’s possible that Nik could end up behind bars for a very long time. Will Ava stand for it?

Cellmates are a common theme in Pentonville, and sharing jail space with his son, Spencer Cassadine (Nicholas Chavez) might help to make Nikolas feel right at home—sort of. Nik and Spencer will probably have it out over Esmé before anything else. While Spencer wasn’t in love with his ex-girlfriend anymore, he likely did not wish her dead.

The young Cassadine heir had only recently welcomed his father back into his heart after having reminated on the sting of a past betrayal for years. With the two back on shaky ground, Spencer might also favor his father’s persecution as a sort of penance for the bad dad he’s been.

That being said, Spencer hasn’t completely forgotten his animosity toward Ava either, and he just may disagree with his father being behind bars if it’s only to spare Ava.

Ava will likely deliberate whether or not to come clean to the police herself for some time. Nik won’t want her to, of course. Ava may feel the only way to free Nikolas is to confess, but what if it’s his word against hers? What evidence there was once has likely been washed away on the shores of Spoon Island by now.

According to General Hospital spoilers, Ava is also a woman of reason, and she’s bitter. Nikolas slept with Esmé—who wasn’t just Spencer’s girlfriend at the time but also Ava’s arch nemesis. Some part of Ava might feel Nikolas owes her this second chance, and she won’t feel bad about taking up residence back at Wyndemere without him either.

While most fathers would be beside themselves at the alleged death of their daughter, Ryan Chamberlain (Jon Lindstrom) is not just any father. There’s plenty of room to speculate that Esmé isn’t even really dead, too, and that Ryan knows it!

Regardless, if it is suspected Esmé has died, Ryan might consider it worth the loss to know Nikolas is in a cage and Ava is alone on Spoon Island. Will the covert not so locked-in psychopath finally make his move toward Ava again?

Of course, let’s not forget that someone else knows the truth about Esmé’s disappearance who cannot be trusted—Victor Cassadine (Charles Shaugnessy). Could he be hiding Esmé away until it’s the right time to bring her back to suit his own agenda?

DOOL Spoilers: Chloe Leaves Brady For Stefan Only To Be Dumped AGAIN