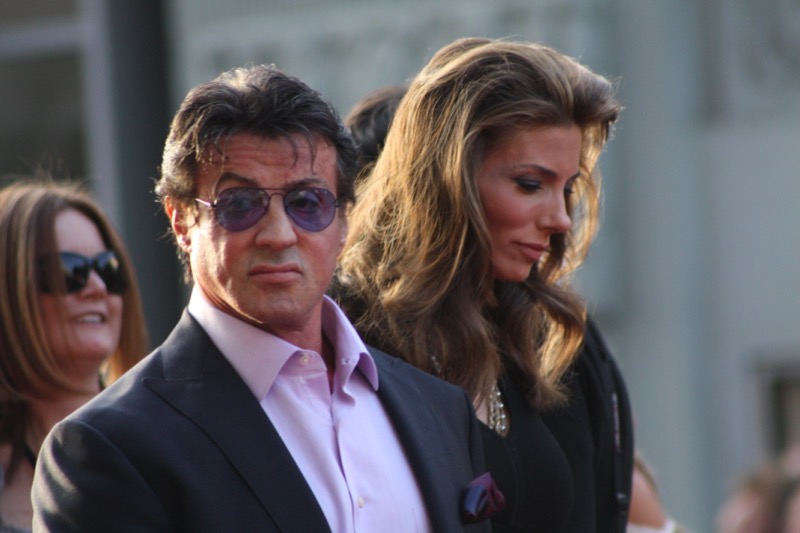 That was fast. Sylvester Stallone won’t be going anywhere, he and his wife Jennifer Flavin who filed for divorce last month August 19, are back together like they never had issues at all. Hearing celebrities file for divorce from their spouses, and hearing them reconcile in a matter of minutes is very rare but not many can boast of quick reconciliation with their spouses the way Sly and Jennifer did.

The court document released concerning their divorce stated that: “Upon information and belief, the Husband has engaged in the intentional dissipation, depletion and/or waste of marital assets which has had an adverse economic impact on the marital estate.” Anyways, a rep close to the family has revealed that the couple “decided to meet back up at home, where they talked and were able to work out their differences, they are both extremely happy.” As it stands now, the couple are back to their happily ever after marriage.

Sylvester Stallone — How The Internet Knew The Couple Were Having Issues

Okay guys, how we knew that there was a feud going on in the family is that, on August 7, Sylvester showed off a picture of the tattoo she had of his wife on the right shoulder, three days later on August 10, Jennifer made a post that features her and her daughters and captioned it “These girls are my priority, nothing else matters. The four of us forever. #truth #family #forever.” Nine days later, Sylvester made another post showing off his tattoo but this time, the tattoo of Jennifer’s picture was replaced with the face of Butkus the dog he had in his Rocky movie.

That alone was enough to send signals that there is fire on the mountain but, on Monday, a publicist for Sylvester, Michelle Bega assured us that there was no cause for concern, she even said that Sylvester wanted to retouch the tattoo, it came off bad so he had to redo the whole thing. Michelle said: “Mr. Stallone intended to refresh the tattoo image of his wife Jennifer however the results were unsatisfactory and, unfortunately, unfixable. As a result, he had to cover the original image with a tattoo of his dog from Rocky, Butkus.

Upon their reconciliation, Sly took to his social media to upload throwback pictures of him and his wife in their prime and another throwback picture of him, his wife, and three daughters Sophia, 26, Sistine, 24, and Scarlet, 20, when his daughters were still in high school with the caption: ” Wonderful…”

As at the time of the divorce filing and the issue of marital assets usage, Sylvester denied through his lawyer that he never wasted marital assets, nor involve in anything that contributed to his wasting their marital assets. There was a huge rumor that says their divorce has to do with a dog, a source revealed that Sylvester wanted to get a Rottweiler to guard their family but Jennifer opposed to getting the dog hence their split. Anyways Sylvester has already denied the rumors saying that there’s no way he and Jennifer would divorce over a dog, but here’s how we knew that there’s been a feud going on in the family.