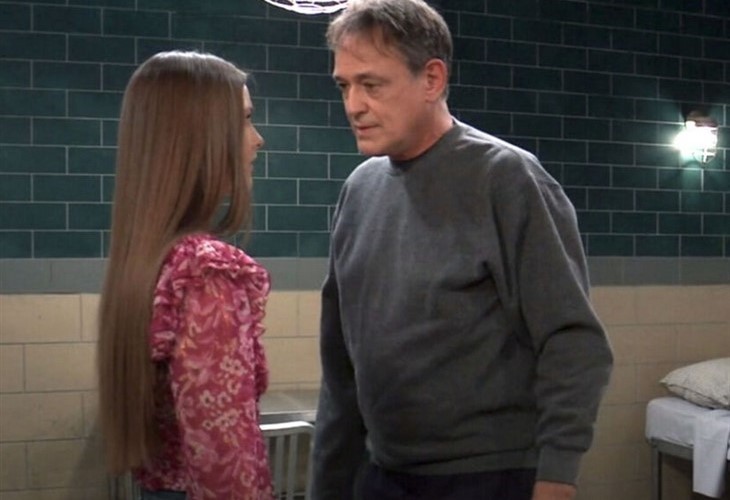 General Hospital’s writers have led fans to believe that Ryan is Esme’s father. Esme believes this as well. However, Ryan never had a girlfriend to actually have a child with. Did Ryan’s obsession with Felicia lead him to kidnap her and Mac’s child and claim her as his own? All of the talk between Mac and Felicia about children lately leads fans to believe there is more to the story. Was Felicia pregnant when she was with Ryan and possibly give birth in captivity? Perhaps Felicia blocked out the memory of her pregnancy and doesn’t recall giving birth to Esme?

General Hospital’s recent rumors suggest that Ryan may not be related to Esme at all. It seems that Ryan could be using Esme to further his agenda to come between Ava Jerome (Maura West) and Nikolas Cassadine (Marcus Coloma). Has Ryan simply led Esme to believe he is her father to keep her in line and get his way? Perhaps Esme is about to learn that she isn’t related to Ryan at all. Would having a real family with decent parents change Esme’s outlook on life? Perhaps the seemingly evil temptress could be redeemed with a little love and affection instead of Ryan’s form of love.

If Esme is Felicia and Mac’s daughter, they will surely try their best to make her life better. However, is Esme too far gone to be saved? Can Mac and Felicia get through to their daughter if that turns out to be the case?