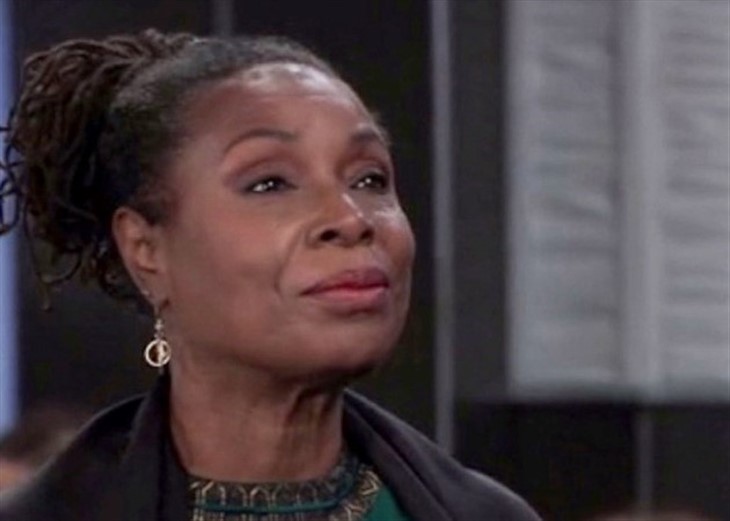 This week she, and fans, learned of a gobsmacking connection that could change everything!

Shocking reveals came to light when Nina had a meeting with Harmony Miller (Inga Cadranel). Harmony is Willow Tait’s (Katelyn MacMullen) mom and she and Michael are parenting Wiley. But there is also a question about Willow’s birth certificate, and Willow just fainted, which to soap watchers is like adding two and two and getting a DNA question and answer. Let’s unpack what is going on here.

GH Spoilers – What Happens Next In Port Charles, New York?

At the meet-up, Phyllis Caulfield (Joyce Guy) recognized Harmony and called her Lorraine. Way back when, Nina was in a coma and Phyllis was her nurse. Nina was pregnant and she gave birth but was told her child died. That was not true and her mother, Madeline Reeves (Donna Mills), actually had Phyllis give the child away. This was all brought to light years ago, and now it seems there will be another twist to the ironic story.
Harmony has a shady past so when she saw Phyllis and was called by her old name, fans got an inkling that a stunning turn of events is in play.

General Hospital Spoilers – Is Nina Reeves About To Learn the Truth?

What could this plot churning pot boiler be all about? There is plenty of room here for innuendo and entanglement, so stay with us while we unveil one possible storyline, GH fans.

According to speculation, Phyllis could be involved in Harmony’s apparent illegal ‘adoption’ (if not outright taking) of Willow. Is Willow really Nina’s child? Way back when fans were speculating that this was the case then it turned out Chloe was named as Nina’s child. Did Nina have twins? Were the mother-child lab test results wrong? Was there a baby snatching? Any and all of these conjectures are classic soap tropes so buckle up and keep your arms and legs in the car fans, we are about to go on a wild, bumpy, soaptastic ride!