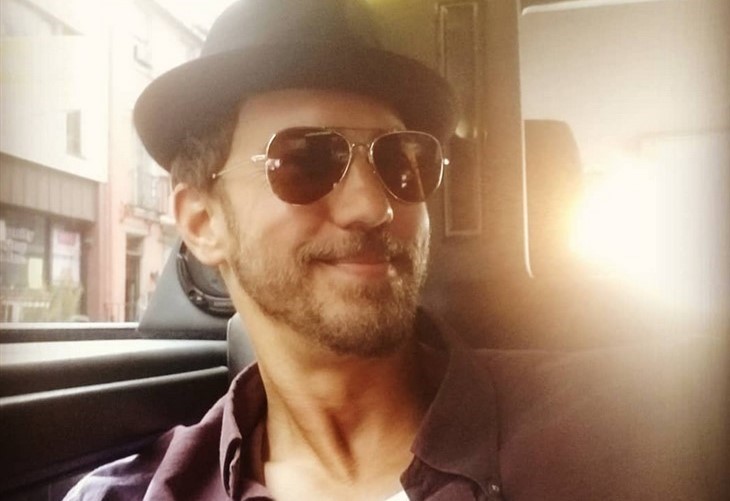 General Hospital spoilers reveal that Peter August (Wes Ramsey) is dead. However, death has never stopped actors or even a specific character from being resurrected. At a fan event, Ramsey discussed whether he could return to the ABC soap one day. Find out what Ramsey had to say about if he would come back and how it could be made possible.

GH spoilers reveal that Peter got away with so many crimes and sins. The villain always found a way to escape prison and even death. Fans thought that Hamilton Finn (Michael Easton) finally got rid of the evil character. Despite Finn and Elizabeth “Liz” Baldwin (Rebecca Herbst) knowing about the body in the freezer, it suddenly vanished.

Finally, Peter was killed off. Anna Devane (Finola Hughes) made sure that Peter was stone cold dead. Now, Maxie Jones (Kirsten Storms) can be a mother to her baby, Bailey Louise August (London and Jett Prinzo-Berendt).

Speaking with Cameron Mathison (Drew Cain) and Bradford Anderson (Damien Spinelli) at the General Hospital Creation fan event, Ramsey answered some questions. One had to do with fans hating Peter so much. The actor explained that fans hating him for playing such an evil character is good. For Ramsey, it showed him that he was doing a good job. After all, viewers were not supposed to like the evil soap villain.

“There were a lot. It was over four years of conflict with Peter in Port Charles. I think that in his mind, he was never doing something that was so bad. Morality wasn’t a normal code [in childhood]. He was skewed from childhood. What he considered to be good or bad was based on his father and childhood. That allowed me to continue full force with his convictions regardless of the feelings of not being reciprocated by other people.”

Ramsey added that Peter never had a family and just wanted to be loved. Even though Peter was broken to begin with, he still believed that he could have his happily ever after.

Whenever a soap character dies, many fans wonder if a return is possible. Viewers have seen it happen repeatedly in soaps. Just recently, Victor Cassadine (Charles Shaughnessy) turned out to be alive.

There was also Sonny Corinthos (Maurice Benard), although fans knew he didn’t die and had amnesia. Of course, there is Franco Baldwin, in which actor Roger Howarth is now playing Dr. Austin Gatlin-Holt. For some reason, nobody in Port Charles seems to notice the two men looking alike.

Many times, soaps explain character resurrections as faked deaths, lookalikes, or twins. Occasionally, an actor will play a secret or long-lost twin. When Ramsey was asked about this possibility, he teased,

“Isn’t that the beauty of daytime? You never really know. The writers and producers of daytime are capable of doing anything. I have no idea about any of that. Certainly, they know where to find me.”