GH Spoilers: Nina Is devastated That Wiley Isn’t Her Grandson! 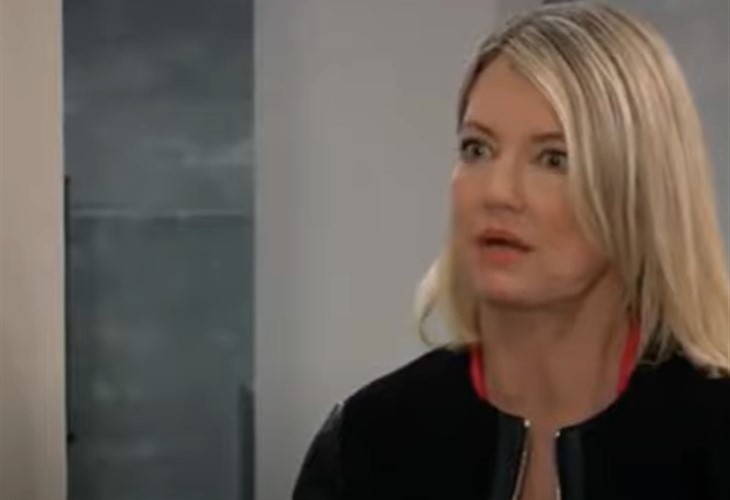 General Hospital (GH) spoilers tease that Nina Reeves (Cynthia Watros) is moving forward with her plans to sue for visitation rights to see Wiley Corinthos (Caleb & Kyler Ends). Wiley’s parents, Michael Corinthos (Chad Duell) and Willow Tait (Katelyn MacMullen) but a routine DNA test may yield surprising results. To the surprise of everyone involved, Wiley may not be a match for Nina! How is that possible? Let’s take a look!

While Nelle Benson (Chloe Lanier) was undoubtedly Wiley’s mother and Michael is his father. But Nina only found out she was Nelle’s mother after Nelle died because of half-heart locket that Nelle possessed. But a DNA test was never done, so there is no physical proof, other than the locket, that Nina was actually Nelle’s mother. It seems more and more likely that Willow herself may be Nina’s daughter, but only Harmony (Inga Cadranel), Willow’s mother, may know the whole truth. But that piece of information may not come out for quite awhile.

Right now, Nina thinks she is on top of the world. She seems to have Sonny Corinthos (Maurice Bernard) wrapped around her finger judging by his willingness to intercede with Michael on her behalf. And just knowing Wiley is her grandson gives Nina a little piece of her daughter. Once all of that is taken away, Nina will be devastated. She’ll be alone with nothing to remind her of her daughter. This may be the comeuppance that many believe Nina deserves for coming between Sonny and Carly in the first place.

A lot of people in Port Charles feel that Nina deserves to be punished for the fact that she knew Sonny was alive, but had amnesia, for many months. Sonny believed he was a man named “Mike” and he lived as a bartender in Nixon Falls. Nina even pursued a romance with “Mike” while Sonny’s family mourned his death, including his young daughters. If Nina loses everything she holds dear, perhaps she will understand exactly the hurt she put Sonny’s family through needlessly.

Will Nina take Michael and Willow to court? Will a DNA test prove Nina has no connection to Wiley? Will Nina find herself alone?