GH Spoilers: Michael Confronts Sonny Over His Adultery With Nina 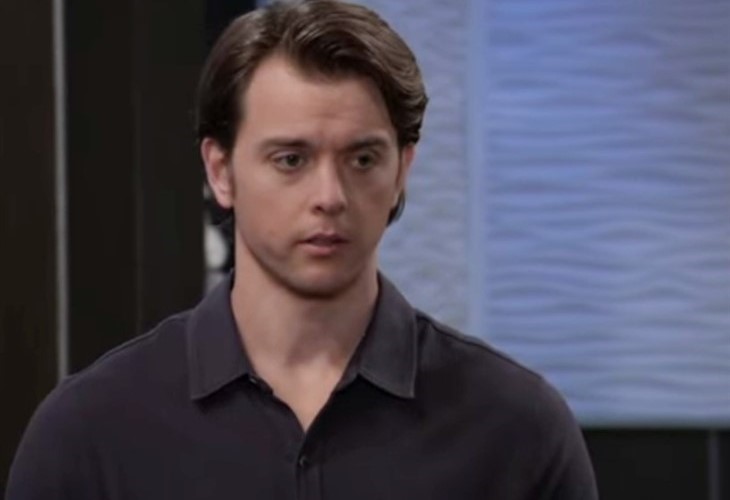 General Hospital viewers know that the impasse that was reached between Carly Corinthos (Laura Wright) and Sonny started at Nina’s preliminary hearing for fraud and identity theft in Llantano County, Pennsylvania. Michael Corinthos has made a large campaign donation to the district attorney who was also running for Attorney General of Pennsylvania, and he needed a large, splashy, landmark case to boost his campaign.

General Hospital viewers will recall that ultimately, the case was thrown out when Sonny refused to admit he was Nina’s victim, and Willow Tait (Katelyn MacMullen) was forced to testify that she knew Sonny had fallen in love with Nina while in Nixon Falls. Thus, Carly found this out in a very public and humiliating way, and to add insult to injury, she walked in on Sonny and Nina in bed onboard the Haunted Star, where Sonny had set up a grand gesture to win her back! Undoubtedly, Carly has told her son about this and why she is hurrying to divorce Sonny!

General Hospital viewers will recall that immediately after finding Sonny and Nina in bed, Carly headed over to the Quartermaine mansion grounds where she intended to talk to Michael, but instead found Drew Cain (Cameron Mathison) in the boathouse. Michael was not there, but she and Drew had a good talk and Drew had just suffered a romantic disappointment as well, Sam McCall (Kelly Monaco) having confirmed that she was staying with Dante Falconeri (Dominic Zamprogna).

But General Hospital viewers knew that Carly was really looking for Michael to tell her tale of betrayal to – her oldest son but also now her staunchest ally against Nina! Carly will want to make sure there are also restraining orders against Nina seeing Wiley Corinthos (Viron Weaver) and also to enforce against Sonny sneaking her in to see Wiley! Carly intends to cover all the bases when it comes to fighting against Nina and even more so now!

General Hospital viewers can imagine how angry Michael is at Sonny for hurting his mother, and especially by cheating on her with her worst enemy, Nina – Carly’s considered her an enemy ever since she found out that Nelle Benson (Chloe Lanier) had been her daughter. Nina had no interest in Wiley until she found out Nelle was her daughter and that Carly and Jasper “Jax” Jacks (Ingo Rademacher) had kept the secret from her; they didn’t know until after she died either but that was irrelevant! General Hospital viewers will remember how livid Carly was that Nina wanted to give Nelle a proper burial, her hatred for Nelle had been so great – and since then she’s equated Nina with Nelle. Sonny runs into Michael and Michael tears into him for hurting Carly by sleeping with Nina – as far as Michael is concerned Sonny is banned from seeing Wiley as well because of this betrayal! This only angers Sonny because he’s disrespecting his adoptive father; and he cannot keep him from seeing Wiley!

Days Of Our Lives (DOOL) Spoilers: Sal Has Rave Reviews Of Her Onscreen Kids

Days Of Our Lives Spoilers: Gwen’s Missed Redemption, Only One Way Out