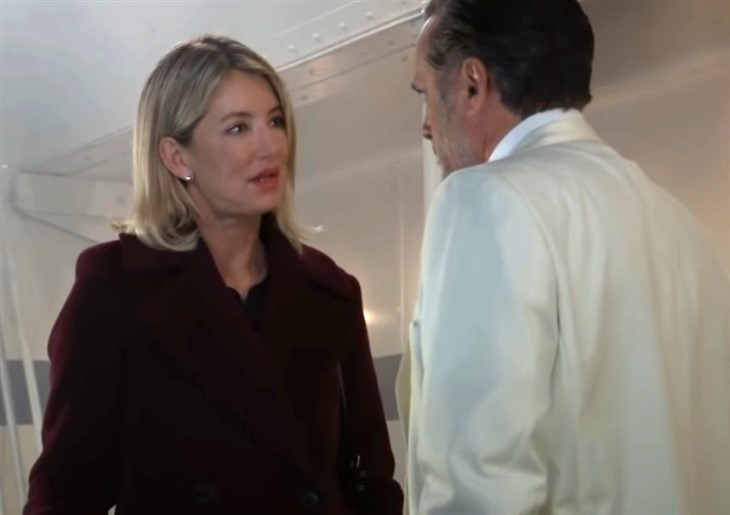 The GH fanbase is railing against it, but that doesn’t mean wedding planning isn’t in this couple’s future. If Sonny’s history tells us anything about him, it’s that the more he feels like he’s lost control, the more he will dig into anything he can grab hold of. Is Nina the part of his life he is finding solid ground in while he’s emotionally flapping in the wind and missing his ex?

A look back into the GH time vault would demonstrate well for newcomers that Sonny doesn’t know how to be on his own. Loneliness might be his biggest fear. He likes companionship and needs an entourage most of the time. Generally, if Sonny’s current relationship is about to hit the bricks, he’s already getting the next one in line so he’s never stuck spending a night alone.

That’s just what happened with Nina, too. As he abruptly ended things with Nina in Nixon Falls, he fled back to his life in Port Charles to find his then-wife, Carly Spencer (Laura Wright). When his marriage didn’t work out, he was in bed with Nina within an hour of feeling like Carly had abandoned him, and he’s been with Nina ever since. We can expect he won’t be without Nina until he’s ready to head back in Carly’s direction, which is coming sooner than most expect.

Right now, Sonny is feeling a certain way about Carly’s confession that she is seeing Drew Cain (Cameron Mathison). Sonny and Drew had words recently, and it was clear Sonny wanted to put Drew in his place, but Drew wasn’t having it. He wasn’t about to let Sonny’s past love for Carly make him feel insecure or like he didn’t know his role in Carly’s life. She was moving on, and Drew is content to let Sonny pretend to be happy about it. Is Nina though?

General Hospital Spoilers — Sonny Corinthos Tries To Do The Same

Rumor has it Sonny is going to pop the question to Nina soon, and she will be overjoyed and shocked while accepting his proposal. However, Nina’s insecurity about Sonny’s very obvious feelings for his ex-wife won’t be silenced by a rock on her finger. Setting a wedding date and planning for a life together won’t make up for the loss Nina feels as Sonny is pulled more in Carly’s direction. Will they even make it down the aisle before Sonny abandons Nina for a life with his former wife? Stay tuned for more General Hospital news and spoilers to find out!