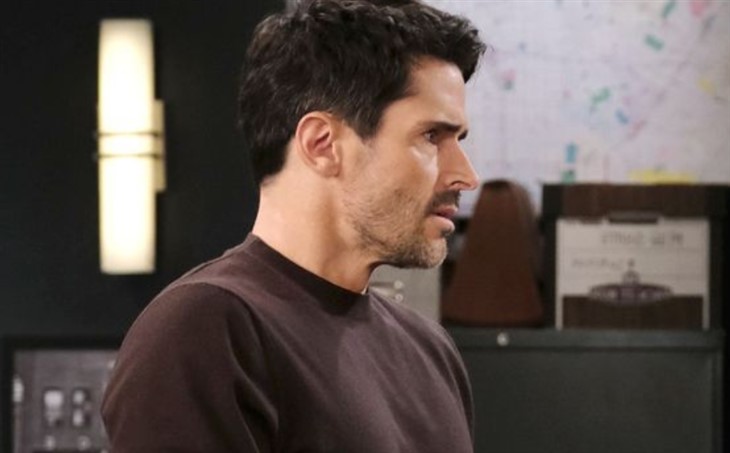 Days of Our Lives spoilers tease that Orpheus (George DelHoya) may be the most hated man in Salem right now. He has repeatedly tried to kill several Salem residents including Dr. Marlena Evans (Deidre Hall) and Dr. Kayla Johnson (Mary Beth Evans).

But Orpheus has a family that he loves, at least in his own way. That includes his son Evan Frears (Brock Kelly). Orpheus is once again in prison and the last he heard; Evan had planned to take his newborn son out of the country. But as viewers knew, Evan didn’t make it out of Salem.

Just as Evan was about to leave town with his baby, the baby’s mother Jan Spears (Heather Lindell) arrived at the scene. Jan is a fugitive and is presumed dead after an altercation with Shawn Brady (Brandon Beemer) and Belle Black (Martha Madison). She attacked Evan and left him for dead and took their baby to parts unknown. That was several months ago. Orpheus and Evan didn’t have the best of relationships but Orpheus’ will grow concerned when he finally learns that neither Evan nor his son arrived at their destination.

DOOL Spoilers – A Call For Help!

Since Orpheus is stuck in prison, he can’t look for Evan himself so look for him to contact Shawn. Shawn won’t want to talk to Orpheus but once he hears the baby could be in danger, he will certainly put his hatred for Orpheus aside to hear him out.

Days of Our Lives spoilers show that Jan had originally claimed that Shawn was the baby’s father and he had custody of the infant for the first several weeks of its life until Evan proved paternity. Both Orpheus and Shawn will likely come to the conclusion that Jan must have done something to Evan. As mentioned above, Jan is a fugitive and just as dangerous as Orpheus.

Days Of Our Lives Spoilers – The Hunt for Jan Spears!

Orpheus will believe that Jan killed his son and has taken her baby back. Shawn may not be the baby’s biological father so he may be reluctant to get involved at first. But he knows first-hand how dangerous Jan is and he can’t let her raise that baby herself. Besides, as long as Jan is free, Belle will be in danger! Jan has tried to come between Shawn and Belle many times because she believes that Shawn is her soulmate. Belle won’t let Shawn face Jan alone so look for this to be the start of a brand-new adventure for the couple!

Is Evan really dead? Where has Jan taken the baby? Will Belle and Shawn finally bring Jan to justice? Anything can happen in Salem so stay tuned to Days of Our Lives streaming every weekday on Peacock. And don’t forget to check back right here regularly for all your Days of Our Lives news, information, and spoilers!