GH Spoilers Monday, January 10: Run For Your Life Nina! Hurricane Carly Is Coming For You 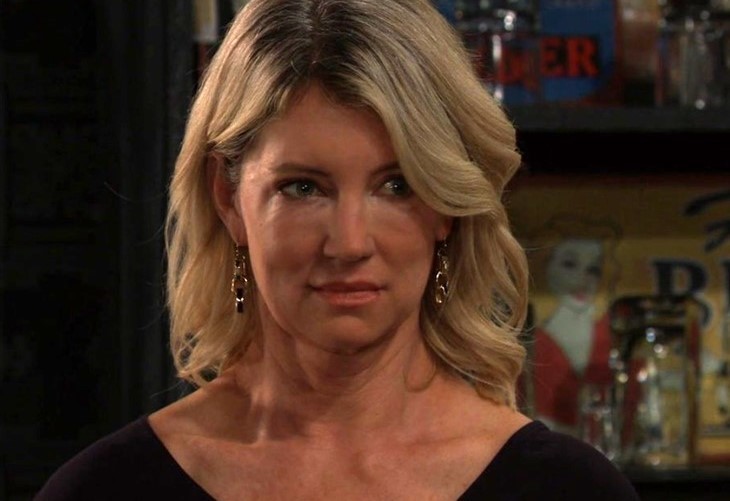 General Hospital (GH) spoilers for Monday, January 10, 2022, reveal Carly ready to let loose on Nina in a way she has never done before. But Carly may have met her match.

Carly Corinthos (Laura Wright) is not a happy woman and is in her rabid dog stage, ready to lash out verbally and maybe even physically to her perceived enemies and Nina Reeves (Cynthia Watros) is public enemy #1 right now in Carly’s book. She goes to Nina demanding more answers but maybe Nina is sick of her and doesn’t feel like providing those answers.

Unlike other women Carly has hated (and there have been many, many women Carly has hated), Nina knows how to stand her ground. Perhaps the only other woman who knows how to stand up to Carly is Ava Jerome (Maura West), so it makes sense that Nina and Ava are friends if you forget the fact that Nina pretty much ripped Avery right out of her womb. (Bygones be bygones?)

Carly doesn’t know what to make of the fact that Nina refuses to do what she says, so will she get violent and will anyone stop her?

Meanwhile, Sonny Corinthos (Maurice Benard) meets with Laura Collins (Genie Francis) and finds out what happened to Luke (Tony Geary). The two of them can grieve together.

GH Spoilers – What Is Going On With Elizabeth Webber?

As Elizabeth (Rebecca Herbst) gets ready for the date with Hamilton Finn (Michael Easton) that she promised she would not break, she ends up breaking it anyway when she finds her wedding ring in her locker, thinking it fell down the kitchen sink drain. How could it have ended up there and how can Elizabeth go out with Finn when she is still so emotional over Franco (Roger Howarth)? (We ask ourselves the same thing.)
Welcome To Curtis’ World

Curtis (Donnell Turner) might have claimed he was still in love with Jordan just weeks ago, but that doesn’t stop him from being in love with Portia Robinson (Brook Kerr) now. While they share a romantic moment, they are interrupted and it’s likely Marshall paying them a visit.

Or perhaps it might be TJ (Tahj Bellow) who makes his position clear on getting to know this man who actually is not really his grandfather. Stay tuned to General Hospital weekdays to see how these stories play out.

Days Of Our Lives Spoilers: Ava And Gwen Conspire To Hold On To Love